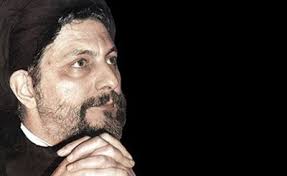 RNA - "The case of Imam Musa al-Sadr is so important for the Iranian government that it has always been on its agenda," Qassemi said on Monday.

In April 2012, Libyan Government's Spokesman Nasser al-Manee announced that a series of documents belonging to the former Libyan regime indicate that the Iranian-born Lebanese Shiite cleric has been killed by Qaddafi regime.

"Based on the information discovered in Qaddafi regime's security office, Imam Musa al-Sadr and his friends were martyred by the suppressing forces of Qaddafi," Manee told FNA at the time.

Al-Sadr, an Iranian-born Lebanese philosopher, spent many years of his life in Lebanon as a religious and political leader before he went missing during a trip to Libya at the invitation of Muammar al-Qaddafi.

In August 1978, al-Sadr departed for Libya with two companions to meet officials of Libyan leader Muammar al-Qaddafi's government. They were never heard from again, and many believe they met with foul play at the hands of Qaddafi.

The Qaddafi-ruled Libya consistently denied responsibility, claiming that al-Sadr and his companions left Libya for Italy in 1978. However, others claimed that al-Sadr was still alive and being kept in a secret jail in Libya.

Rome has persistently said that al-Sadr never arrived in Italy on the alleged flight.

While al-Sadr's family said that he was still alive and remained a prisoner in Libya, Qaddafi's former associate Abdel-Monem Houni claimed in February that al-Sadr had been killed and buried shortly after he was kidnapped.

Tags: Imam Musa Sadr Iran
Short Link rasanews.ir/201nGq
Share
0
Please type in your comments in English.
The comments that contain insults or libel to individuals, ethnicities, or contradictions with the laws of the country and religious teachings will not be disclosed