Rasa - Secretary of Iran’s Supreme National Security Council (SNSC) Ali Shamkhani said the country would welcome moves by Saudi Arabia to make up for its past mistakes but nothing has happened to that effect yet. 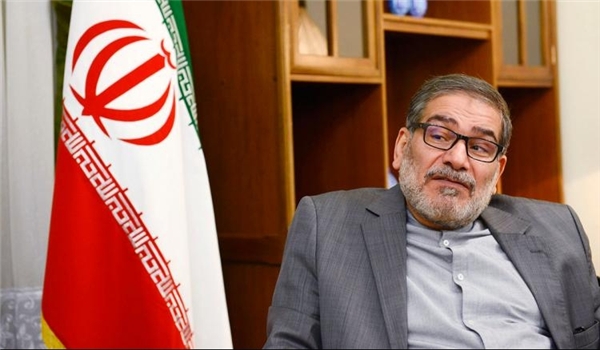 RNA - “… we would consider as positive any attempt by countries that support terrorism, especially Saudi Arabia, to (abandon) their past destructive policies and make up for their mistakes,” Shamkhani told reporters on the sidelines of a cultural event in Tehran on Monday.

“However,” he added, “No real change in the behavior of these countries has been seen.”

He made the remarks in response to a question about a recent trip by Saudi Arabia’s foreign minister to Baghdad.

“One cannot easily overlook the role of this country (Saudi Arabia) in creating and supporting defeated terrorist groups in Iraq and the irreparable damages inflicted by these groups on regional countries, particularly Iraq and Syria,” he went on to say.

Saudi Foreign Minister Adel al-Jubeir on Saturday made a rare visit to Baghdad as the first by a high-ranking Saudi official since the US-led invasion of Iraq in 2003.

A regular topic in talks with the officials of various Western and Middle East countries have been their “harsh criticism” of Saudi policies and their concerns about the kingdom’s measures to create and support terrorism, Shamkhani said at a meeting with Speaker of the People’s Council of Syria Hadiya Khalaf Abbas in Tehran on Wednesday.

Tags: Iran Shamkhani Saudi
Short Link rasanews.ir/201nGm
Share
0
Please type in your comments in English.
The comments that contain insults or libel to individuals, ethnicities, or contradictions with the laws of the country and religious teachings will not be disclosed