Rasa - So far, 153 French parliamentarians have signed an open letter to Francois Hollande urging the outgoing French president to officially recognize the State of Palestine before his 5-year term ends. 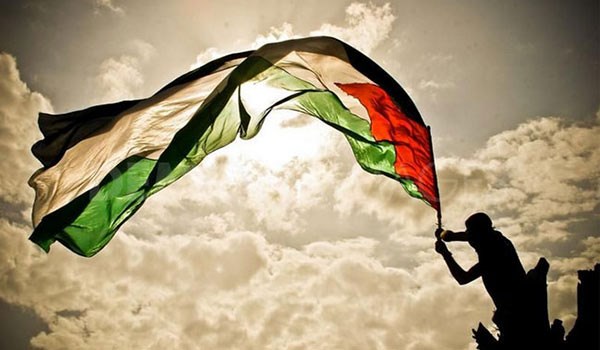 RNA - “France must demonstrate its determination to break the deadlock on this conflict [between Israel and Palestine] by solemnly reaffirming, in the name of the uniform right to self-determination, that the Palestinian people have the right to be granted the title of a State. It is a matter of respect for international law as well as of Israel’s security,” the letter states, according to Le Journal du Dimanche, RT reported.

Written by Gilbert Roger, a French Socialist senator from the Seine-Saint-Denis district and president of the France-Palestine Friendship Group, the letter also states that it is unjust for France to advocate a two-state solution to the Israeli-Palestinian conflict without recognizing both states.

“As you yourself said, Mr. President, ‘only bilateral negotiations can be successful,’” the letter notes.

“It is therefore time for these negotiations to take place on an equal footing, State to State. France cannot officially advocate the two-state solution and recognize only one [France recognized the State of Israel in 1949]. Our actions must now follow our words. Mr. President, show yourself up to the challenge and do not miss this rendezvous with history, recognizing the State of Palestine from now on,” the letter says.

The open letter has now been signed by 153 parliamentarians from most political groups in France’s two Parliament Chambers, with a slight majority from the left.

Last month, France hosted an international conference aimed at strengthening a global commitment to a two-state solution to the Israeli-Palestinian conflict, yet both Israel and Palestine were no shows. The meeting of some 70 nations was consequently dubbed by many as “useless.”

Israeli Prime Minister Benjamin Netanyahu called it “futile,” complaining that the Europeans and Palestinians had “rigged” the event against Israeli interests. The Palestinian Authority’s president, Mahmoud Abbas, called Israel’s position regrettable, but didn’t arrive for the talks in Paris either, despite initial expectations.

The United States also skipped the conference, reportedly due to President Donald Trump’s close relationship with Israel. Last week, during Israeli Prime Minister Benjamin Netanyahu’s visit to the US, Trump called on Israel to pause settlement expansion on Palestinian land, while noting that he is not inclined to support a two-state solution to the conflict – a major shift from long-standing US policy.

“I’d like to see you pull back on settlements for a little bit,” Trump said, while promising to strike a deal to end the decades-long conflict. After the meeting, he remarked that he “can live with either” a one-state or two-state solution.

Israeli settlement activity in the West Bank and East Jerusalem has been one of the major stumbling blocks in Israel-Palestine peace negotiations. Israel began building settlements following the Six Day War in 1967, when Israel captured the West Bank of the Jordan river and subsequently annexed East Jerusalem. Palestine claims East Jerusalem as its own future capital, while Israel considers the entire city its capital.

The last peace effort, which was brokered by John Kerry when he was US secretary of state in April 2014, failed after Palestinian President Mahmoud Abbas forged an unexpected pact on governing the Gaza Strip with Hamas, which Israel sees as a terrorist organization bent on the destruction of the Jewish state. Since then, both France and Russia have offered to host peace talks, but to no avail.

Abbas has repeatedly demanded that Israel halt construction on Palestinian land and release Palestinian prisoners. Though Netanyahu has been reluctant to entertain these requests, he said recently that he is ready to meet the Palestinians anytime, anywhere, without preconditions.

The issue of settlements has been widely discussed since the end of December, when the last US administration abstained from voting on UN Security Council resolution 2334, which condemns Israel for building the settlements, allowing it to pass. Tel Aviv has called the resolution “anti-Israel,” while vowing to continue construction on the disputed land.

Jerusalem’s zoning committee is expected to approve permits for as many as 5,600 new homes in Jewish neighborhoods across the Green Line, Haaretz reported in December. In 2016, some 1,506 housing units were approved for construction, compared to 775 units in 2014, and only 395 units in 2015.

According to polls conducted in October of last year, some 64 percent of people living in Israel, both Jewish and Arab, think peace will never be achieved, with only four percent expecting a change for the better in the next five years.

Tags: France Palestine
Short Link rasanews.ir/201nGV
Share
0
Please type in your comments in English.
The comments that contain insults or libel to individuals, ethnicities, or contradictions with the laws of the country and religious teachings will not be disclosed