Rasa - Danish prosecutors said Wednesday they have opened a rare blasphemy case against a man who videotaped himself burning a copy of the Quran. 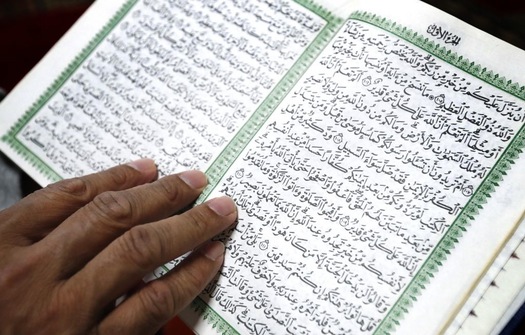 RNA - The 42-year-old in December 2015 posted a clip on Facebook showing him burning the Quran in his garden. The video was shared on the group "Yes To Freedom - No To Islam."

The man, who was not named, also wrote a text that accompanied the video, which said: "Think about your neighbors, it stinks when it burns."

The incident violated a blasphemy paragraph of the law that states it is illegal to make "public mockery or scorn against a religion," prosecutor Jan Reckendorff said in a statement.

The blasphemy charge can carry up to four months in prison, but the prosecutor said they would ask for a fine.

It was not known when a court in Aalborg, western Denmark, would hear the case.

It is the fourth time prosecutors have gone to trial over the blasphemy paragraph since 1938. The most recent case was in 1971, the Office of the Director of Public Prosecutions said.

In 2006 it ruled against prosecuting the editors of the Jyllands-Posten newspaper with blasphemy over the publication of 12 controversial caricatures of the prophet Mohammed.

The September 2005 publication triggered massive protests, and a consumer boycott of Danish products in the Muslim world.

Tags: Blasphemy Danish Quran
Short Link rasanews.ir/201nGK
Share
0
Please type in your comments in English.
The comments that contain insults or libel to individuals, ethnicities, or contradictions with the laws of the country and religious teachings will not be disclosed