Rasa - President Donald Trump is considering withdrawing the United States from the UN Human Rights Council, which the new administration accuses of being biased against Israel, according to a report. 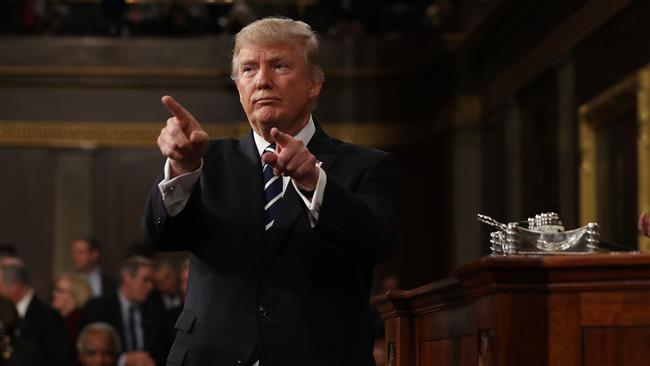 RNA - A final decision on whether the US would leave the council is expected to be made by the president himself, Secretary of State Rex Tillerson, as well as the new US ambassador to the UN, Nikki Haley, POLITICO reported, citing informed sources.

"There’s been a series of requests coming from the secretary of state's office that suggests that he is questioning the value of the US belonging to the Human Rights Council," said a former State Department official familiar with the discussions.

In a recent meeting with State Department officials, Tillerson questioned the effectiveness of the UNHRC, a 47-seat inter-governmental body responsible for promoting and protecting human rights around the world.

Supporters of Israel accuse the UNHRC, which was established in 2006 to replace the UN Human Rights Commission, of being biased toward the regime by pushing critical resolutions and issuing scathing statements.

In the latest example, the council angered Israeli politicians by condemning the “lenient” prison sentence handed down to an Israeli soldier who was convicted of manslaughter for fatally shooting a wounded Palestinian.

Israeli Sergeant Elor Azaria was sentenced to only 18 months in prison this week for shooting Abdel Fattah al-Sharif point-blank in the head last year.

UN human rights spokeswoman Ravina Shamdasani said the council was “deeply concerned at the lenient sentence given by the Tel Aviv Military Court earlier this week to an Israeli soldier convicted of unlawfully killing a wounded Palestinian in an apparent extrajudicial execution of an unarmed man who clearly posed no imminent threat."

The administration of George W. Bush refused to join the UNHRC after it was created, questioning whether it would be much different from the commission before it. However, his Democratic successor, Barack Obama, decided to join the council and try to influence it from the inside.

Obama had a rocky relationship with Israeli Prime Minister Benjamin Netanyahu, one that hit a new low in December when the outgoing president chose not to veto a UN Security Council resolution condemning Israeli settlement construction on occupied Palestinian territory.

Netanyahu has indicated he is looking forward to working with Trump, who has long expressed skepticism about the United Nations. The new US ambassador has also been very vocal about the Trump administration’s plans to shield Israel at the world body.

During her confirmation hearing in January, Haley argued whether the US should reconsider its 22-percent contribution to the UN’s annual budget. She further said the Security Council vote on Israeli settlements was “damaging” and proof of a long history of anti-Israel bias at the UN.

Tags: Human Rights Council US UN Netanyahu Trump
Short Link rasanews.ir/201nGB
Share
0
Please type in your comments in English.
The comments that contain insults or libel to individuals, ethnicities, or contradictions with the laws of the country and religious teachings will not be disclosed