US border agents to Muhammad Ali's son: Are you a Muslim?

Rasa - US border officers detained and interrogated the son of Muslim African-American Boxing legend Muhammad Ali about his religion after he flew back home from Jamaica, a family lawyer said. 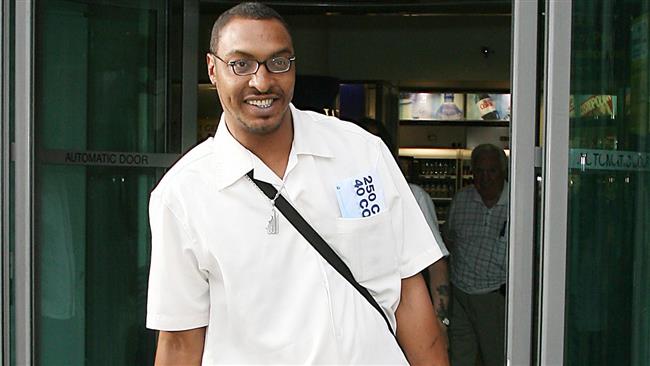 RNA - “Where did you get your name from? Are you a Muslim?” American immigration agents asked 44-year-old Muhammad Ali Jr. -- a US citizen born in the city of Philadelphia – when he landed at a Florida airport earlier this month, local and British news outlets reported Saturday quoting his attorney.

When Muhammad Ali confirmed to immigration authorities at Fort Lauderdale-Hollywood international airport that he was a Muslim, they began questioning him about where he was born, said family friend and lawyer Chris Mancini in an interview with local daily Courier-Journal, which noted that Ali’s interrogation lasted for nearly two hours.

Mancini further underlined that the February 7 incident marked the first time the family had been detained or questioned in such a way by US officers despite regular international travel.

The family regarded the incident as religious profiling in line with US President Donald Trump’s Islamophobic campaign pledge to establish a “Muslim ban” and his short-lived executive order banning citizens from seven Muslim-majority nations from entering the United States.

“To the Ali family, it’s crystal clear that this is directly linked to Mr. Trump’s efforts to ban Muslims from the United States,” Mancini emphasized, adding that they were trying to find out how many others faced similar questioning, and were contemplating filing a federal legal action.

The incident represents the latest in a string of complaints by other travelers against US immigration controls following Trump’s inauguration.

A British Muslim school teacher, traveling to New York last week as a member of a school party from south Wales, was denied entry to the US even though UK’s Foreign Secretary Boris Johnson has previously claimed that Washington had committed to allowing all British passport holders to enter the country.

The teacher, Juhel Miah, along with a group of children and other teachers were about to take off from Iceland on February 16 on their way to the US when he was removed from the plane at Reykjavik.

Moreover, the former prime minister of Norway was held for nearly an hour at Washington Dulles airport earlier this month and interrogated over a visit to Iran three years ago, which he had reportedly made to take part in a human rights conference.

In yet another incident this month, Australian children’s book author Mem Fox reported that she was “detained and insulted” by US immigration officers at Los Angeles international airport, suggesting that she might never visit the US again.

“I have never in my life been spoken to with such insolence, treated with such disdain, with so many insults and with so much gratuitous impoliteness,” said Fox, who visited the US to attend a conference.

She also recounted, “I felt like I had been physically assaulted which is why, when I got to my hotel room, I completely collapsed and sobbed like a baby, and I’m 70 years old.”

Fox said she was questioned over her visa, despite having traveled to the US 116 times in the past without incident.

Tags: Muhammad Ali Muslim US
Short Link rasanews.ir/201nGA
Share
0
Please type in your comments in English.
The comments that contain insults or libel to individuals, ethnicities, or contradictions with the laws of the country and religious teachings will not be disclosed