Israel seeks to ethnically cleanse Palestinians without being criticized

Rasa - The UN Human Rights Council scathing statement on a "lenient sentence" handed down to an Israeli soldier over the killing of a Palestinian has sparked outrage among Israeli officials. 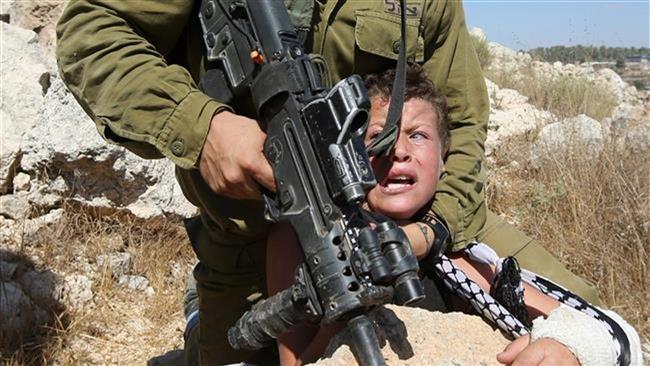 RNA - On March 24, 2016, Israeli Sergeant Elor Azaria shot Abdel Fattah al-Sharif point-blank in the head in Tel Rumeida neighborhood of al-Khalil (Hebron) in what has been described by the UN as an "extrajudicial execution" of a young man who was already shot and incapacitated.

Paul Larudee, co-founder of Free Palestine Movement believes Israel’s outrage at the UNHRC is “not surprising”, adding that they want to perform ethnic cleansing without being criticized by the world.

Larudee also noted Israel approves of the killing, jailing, torture, and oppression of the Palestinians, asserting that the Israelis will not be satisfied until every single Palestinian is gone.

He highlighted the fact that the entire function of Zionism is based on racism which is “legal” under the Israeli system.

The activist further predicted that Israeli Sergeant Azaria will not serve the 18 month sentence and will be let out earlier for “good behavior”.

Tags: Israel Palestin
Short Link rasanews.ir/201nG0
Share
0
Please type in your comments in English.
The comments that contain insults or libel to individuals, ethnicities, or contradictions with the laws of the country and religious teachings will not be disclosed