Rasa - The White House has defended a decision to bar several news outlets from a news briefing amid a widening feud between the Trump administration and the mainstream media. 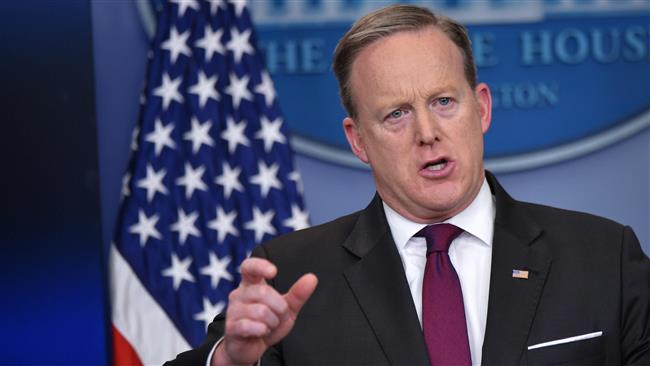 Spicer defended the move to bar some reporters and vowed that the White House would "aggressively push back" against "false stories."

“We are going to aggressively push back. We're just not going to sit back and let, you know, false narratives, false stories, inaccurate facts get out there," he said.

The bar came hours after President Donald Trump unleashed yet another attack against the media, calling journalists “the enemy of the people.”

The president continued his assault against the “fake news media” in a tweet later in the evening, singling out reporting by The New York Times and CNN as “a joke.”

Conservative news organizations such as Breitbart News, The Washington Times and One America News Network, which are seen as being friendly to the Trump administration, were given a spot in the “gaggle.”

The Associated Press, USA Today and Time magazine refused to attend in protest.

The unusual move came after a report by CNN on Thursday that a White House official had asked the FBI to publicly dispute a New York Times article last week detailing communications between Trump advisers and Russian intelligence officials during the election.

Tags: White house Trump USA
Short Link rasanews.ir/201nFu
Share
0
Please type in your comments in English.
The comments that contain insults or libel to individuals, ethnicities, or contradictions with the laws of the country and religious teachings will not be disclosed