Rasa - Major British weapons manufacturers linked to alleged war crimes in Yemen touted their products at an arms show in the United Arab Emirates, to the dismay of human rights campaigners and opposition politicians in the UK. 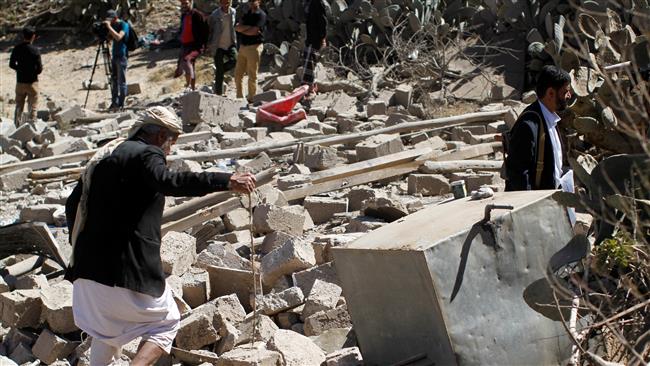 RNA - The presence of sales representatives from BAE Systems, Raytheon and MBDA at International Defense Exhibition and Conference (IDEX 2017) in Abu Dhabi this week has prompted outrage, coming just weeks after the High Court in London heard calls for a halt to arms sales to Saudi Arabia over alleged human rights violations in Yemen by the kingdom and its allies, which include the UAEm, Middle East Eye reported.

IDEX 2017, which concluded on Thursday, was organized in association with the UAE armed forces and held under the patronage of Sheikh Khalifa Bin Zayed al-Nahyan, the country’s president.

According to promotional materials, the official delegations represented more than 150 countries and included a UK pavilion organised by ADS, the trade body for the arms industry in Britain. It was also attended by the DIT DSO, a UK civil service body that exists to promote arms exports.

All the major firms that arm Saudi Arabia and its allies were at the event displaying weapons, many of which have been used in air strikes in Yemen, including the Eurofighter jet.

Middle East Eye has also learned that BAE Systems used the event to showcase the British-made Hawk Advanced Trainer, including presenting a scale model fitted with Brimstone missiles and Pavey IV bombs that have been used by Saudi forces over Yemen.

It is unclear whether the controversial weapons can be fitted to the training aircraft, and it is unlikely that this would be the case - but the display comes after Saudi Arabia agreed to purchase 30 of the jets in February 2016. Analysts say the training jets are vital for Saudi Arabia to train its pilots for action over Yemen.

Tags: Yemen UK
Short Link rasanews.ir/201nFj
Share
0
Please type in your comments in English.
The comments that contain insults or libel to individuals, ethnicities, or contradictions with the laws of the country and religious teachings will not be disclosed