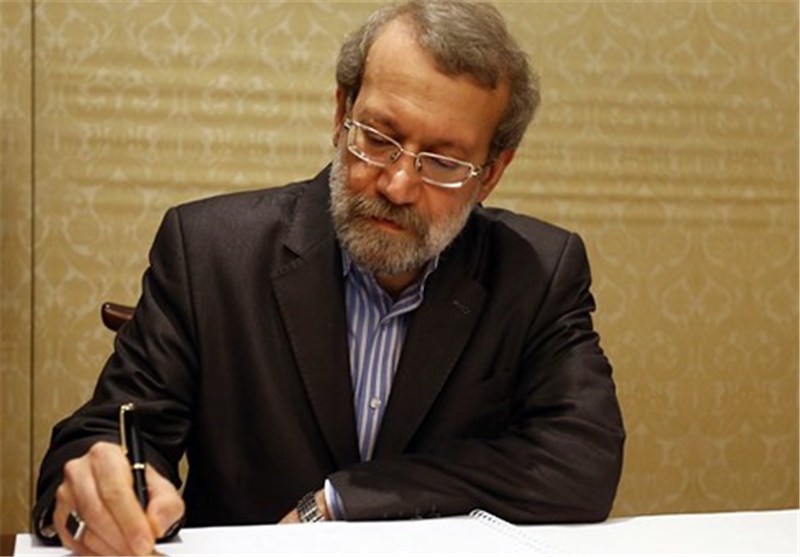 RNA - "New attempts are being made by the usurper Israeli regime in the region which will spread terrorism and we should stand against these conditions so that crisis will not increase in the region," Larijani said in a meeting with his Malaysian counterpart Amin Mulia in Tehran on Wednesday on the sidelines of the 6th International Conference in Support of the Palestinian Intifada.

"Given the current crises in the region, some attempts are being made by Israel to widen the gap among countries and Malaysia can act to resolve these crises as an influential country," he added.

Mulia, for his part, underlined the necessity for distance from sectarian issues, and said, "We should be after stability in the Muslims' society regardless of bias and prejudice."

He also stressed his country's continued support for the Palestinian people until their full victory against Israel.

In relevant remarks in November, Larijani said that the US and Israel are sowing discord among the Muslim groups and countries by sponsoring terrorists and extremists in the region.

"One of the Zionist regime's policies to weaken the Islamic Ummah is continued crises and spread of the terrorist groups, and the Islamic countries' correct understanding and vigilance can help end these crises," Larijani said in a meeting with a high-ranking Tunisian parliamentary delegation at the time.

Noting that creation of rifts among different Islamic faiths and denominations is a main pillar of the US and Israeli policies, he cautioned that the mainstream media in the West also aims to strengthen the terrorist groups in the region.

"All major Shiite and Sunni denominations are opposed to the terrorist acts but a minority group like the Wahhabis, are after creating rift among the Muslim nations," Larijani said.

Tags: Larijani Israel
Short Link rasanews.ir/201nF0
Share
0
Please type in your comments in English.
The comments that contain insults or libel to individuals, ethnicities, or contradictions with the laws of the country and religious teachings will not be disclosed