Iran to Give Crushing Response to Security Threats 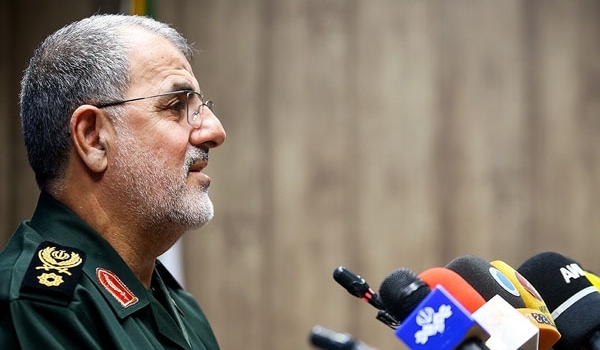 RNA - "The forces which defend the Islamic Republic are fully ready to give a crushing response to the world arrogant powers and the Islamic Republic's enemies; therefore, they should no more think of threats and they need to know that they will receive a crushing response in case of any move against our security," General Pakpour told reporters at the end of the IRGC Ground Force's three-day drills in the Central and Eastern parts of Iran on Wednesday.

He also said that the IRGC Ground Force attained all goals specified for its forces during the wargames.

The first stage of the three-day massive drills codenamed Payambar-e Azam (the Great Prophet) 11 started on Monday with the participation of the IRGC's artillery, air defense, drone, infantry and air force units in Iran's Central desert and the Eastern parts of the country.

The IRGC forces targeted simulated enemy targets with smart and advanced rockets with pin-point precision striking capability on the first day of the wargames.

In relevant remarks on Saturday, General Pakpour warned the US officials to be wise and stop threatening Iran with military aggression.

"The US statesmen should be very wise and avoid threatening Iran because the entire world has admitted this fact that the Americans cannot do such a thing," General Pakpour told reporters in a press conference in Tehran.

"Hence, they are unlikely to do such a move because it is unwise," he added.

Tags: IRGC Iran Security
Short Link rasanews.ir/201nEy
Share
0
Please type in your comments in English.
The comments that contain insults or libel to individuals, ethnicities, or contradictions with the laws of the country and religious teachings will not be disclosed