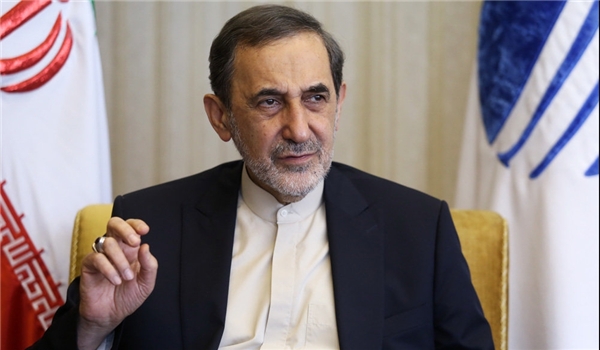 RNA - "Iran reiterates support to Syria in the fight against terrorism to achieve victory and restore security and Stability to the country," Velayati told reporters in Tehran on Wednesday.

He reiterated that the recent victories in Syria are the outcome of the efforts by the Syrian government and people.

In relevant remarks earlier on Sunday, Iranian Parliament Speaker Ali Larijani said that Tehran welcomes the process of joining of new states to the Syrian settlement process, specially if such countries could contribute to the solution of the crisis in the country by political means.

Iran, along with Russia and Turkey, has made a number of efforts aimed at cessation of hostilities in Syria, such as convocation of settlement talks in Astana and establishment of a trilateral mechanism on monitoring the ceasefire in the war-torn country.

The Kazakh capital has already held two rounds of the talks between the Syrian government and armed opposition groups brokered by Ankara, Moscow and Tehran. During the Astana talks, such countries, as Jordan and the United States had been playing the role of observer states.

Tags: Iran Terror Syria Velayati
Short Link rasanews.ir/201nEx
Share
0
Please type in your comments in English.
The comments that contain insults or libel to individuals, ethnicities, or contradictions with the laws of the country and religious teachings will not be disclosed