Rasa - A Talk in Dublin's Trinity College with the Israeli Ambassador to Ireland was cancelled at the last-minute because of protests by the students in the college's campus. 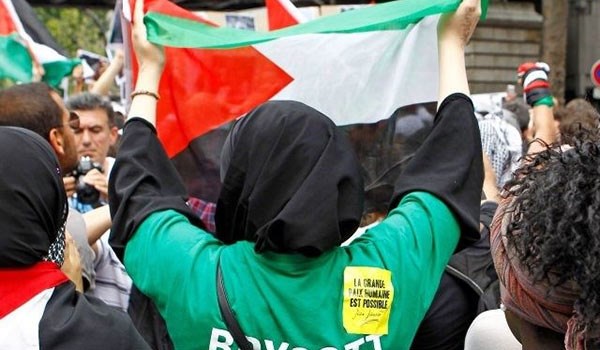 RNA - The event had been organized by Trinity’s Society For International Affairs (SOFIA) but its format was opposed by another college group, Students for Justice in Palestine, the Journal reported.

The event was slated to be held in the Thomas Davis Lecture Theater and was to comprise a 15 minute talk by Israeli Ambassador Ze’ev Boker followed by 45 minutes of questions from the floor.

SOFIA’s promotion of the event said that said that the Ambassador “is sure to bring us a unique insight into a well-known delicate situation.”

Students for Justice in Palestine objected to the planned appearance arguing that there was no opposing view being put forward.

The group objected the terms of the event, claiming that “the terms, security and topic” were set by the Israeli Embassy.

Students for Justice in Palestine is also seeking a full boycott of Israeli institutions by Trinity “until the rights of Palestinian communities are respected and Israel complies with international law. ”

SOFIA said before the event that “security would be tight” and that only their members were allowed attend with a valid membership card.

A Students for Justice in Palestine protest held at the theater last night attended by about 40 students saw demonstrators waving Palestinian and chanting a number of slogans.

The protest led to the event being canceled with SOFIA’s chair Grace Conway telling the University Times that the society was “deeply saddened” at the cancelation.

“We feel that it was a misunderstanding of what we were trying to do as a society, which was to provide a platform for discourse and we don’t discriminate against any ambassador,” she said.

Tags: Ambassador Ireland Israel
Short Link rasanews.ir/201nEu
Share
0
Please type in your comments in English.
The comments that contain insults or libel to individuals, ethnicities, or contradictions with the laws of the country and religious teachings will not be disclosed