Rasa - Malcolm X, the great 20th century human rights leader, was commemorated at a cultural center dedicated to him and his wife, Betty Shabazz. 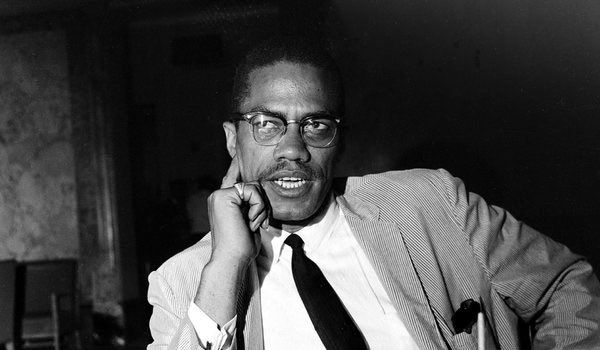 RNA - His daughters Ilyasah Shabazz and Malaak Shabazz represented the family at the Malcolm X Betty Shabazz Cultural and Educational Center in Washington Heights, where organizers chose to remember him not in mourning but in celebration of his legacy, Anadolu reported.

"Fifty-two years ago, this place was called Audubon Ballroom, and a great tragedy took place here," said Imam Al Hadj Talib Abdur-Rashid, after prayers and a festive display of African music and dance. "For many years, those who were here on that tragic day of Feb. 21st 1965, they carry a very deep hurt and a very deep pain."

Imam Talib said it was Betty who decided to transform the ballroom.

He said the center, which stands as a testament to the life of a man of great valor, was converted from a “place of tragedy” into a “space of life and honor”, just like Malcolm X, whose story is one of speaking the truth to the power and personal transformation.

That’s where Malcolm X’s great legacy lay, according to community activist Dr. Mika’il Abdullah DeVeaux, who recounted that Malcolm X “said, ‘We achieve freedom by acquiring power.' And that will take us into some other discussion but each of us has to define, on multiple levels, multiple dimensions, what we mean by power. Personally, power means exercise of influence over my own life”.

Discussing the obstacles on the path to achieving tangible progress in rights issues in today's world, Dr. Nadia Lopez, who is an educator and founder of Mott Hall Bridges Academy, defined the current school system as a “prison” for young black people fighting against all odds.

“And I say that unapologetically, because every day I watch as my children are struggling for freedom, based off of a community that lacks resources, and a school system that will see them imprisoned, and does not offer equity across the board in New York City, with teachers who are often there for checks and not for the cause of empowering children,” Lopez said.

Malcolm X, who was born in 1925, was assassinated on Feb. 21, 1965 in Washington Heights, New York City, after a relatively short life of immense struggle for the rights of black people.

The civil rights activist inspired millions of black families to trace their roots and contributed to black identity with his example and leadership.

Initially a prominent figure in Elijah Muhammad's Nation of Islam movement, he broke away from the group in 1964, adopting the Muslim name el-Hajj Malik el-Shabazz.

Renouncing the separatist beliefs of the Nation of Islam, he attempted to internationalize the plight of African Americans and to make common cause with the oppressed people of the world.

His life story, The Autobiography of Malcolm X, is considered one of the seminal non-fiction works of the 20th centur

Tags: Rights Activist Malcolm X US New York
Short Link rasanews.ir/201nEs
Share
0
Please type in your comments in English.
The comments that contain insults or libel to individuals, ethnicities, or contradictions with the laws of the country and religious teachings will not be disclosed