Rasa - Israeli military aircraft have reportedly carried out an overnight airstrike against Syrian army positions in the strategic and mountainous Qalamoun region, which lies north of the capital Damascus along the border with neighboring Lebanon. 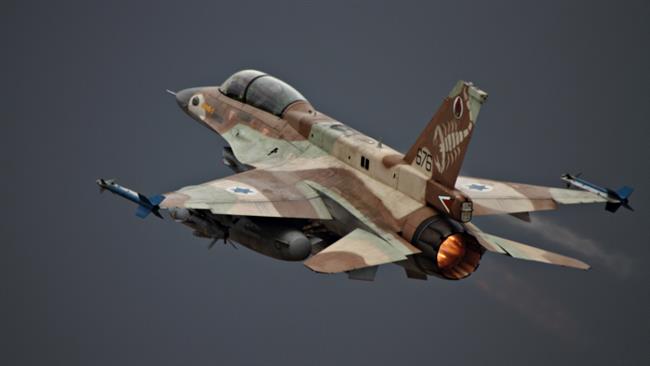 RNA - A Syrian military source, speaking on condition of anonymity, said an Israeli fighter jet crossed into Syria’s airspace at around 3 a.m. local time (0100 GMT) on Wednesday after circling the skies of Lebanon’s Beqaa Valley and flying above the eastern city of Baalbek, al-Masdar News reported.

The source added that the airstrike hit Jard Nalhleh area of Qalamoun, located about 330 kilometers (205 miles) north of Damascus.

The Lebanese and Arabic-language online newspaper el-Nashra later reported that a convoy transporting weapons was the target. No injuries were reported.

The Israeli media outlets alleged that the weapons shipment was destined to fighters from the Lebanese Hezbollah resistance movement, who are fighting alongside Syrian government soldiers against foreign-sponsored Takfiri militants.

The aerial attack came a fortnight after Israeli tanks shelled an open area in the occupied Golan Heights, without causing any casualties.

Israeli jets have time and again carried out sorties inside the Syrian territory under various pretexts.

On January 13, a huge explosion rocked Mezzeh Military Airport, less than eight kilometers southwest of Damascus and caused a large fire. There was no immediate report of casualties though.

Syrian state TV quoted the army command as saying that the rockets, which it said were fired from an area close to the Sea of Galilee in the north of the Israeli-occupied Palestinian territories, hit the airport’s compound.

The Syrian army vowed to take revenge for the “flagrant” attack and "amputate the arms of the perpetrators.”

“The Syrian army command and armed forces warn Israel of the repercussions of the flagrant attack and stresses its continued fight against terrorism,” it said in a statement.

Tags: Syria Israel
Short Link rasanews.ir/201nEf
Share
0
Please type in your comments in English.
The comments that contain insults or libel to individuals, ethnicities, or contradictions with the laws of the country and religious teachings will not be disclosed