Muslim teacher denied entry to US with no reason

Rasa - A British Muslim teacher has been denied entry to the United States after being taken off a flight without explanation. 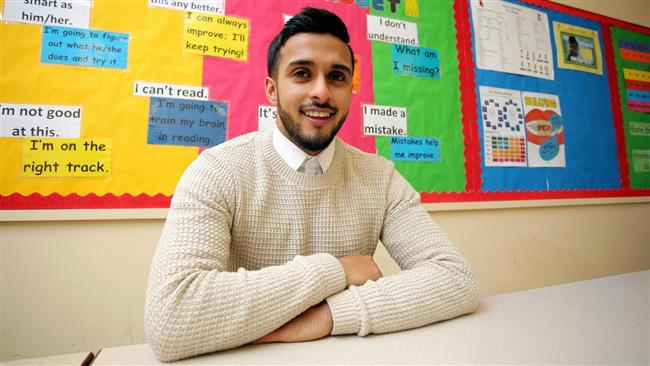 RNA - Maths teacher Juhel Miah was escorted off a US-bound flight by security staff while he was on a school trip with students traveling from Iceland's capital Reykjavik to New York, according to a report published by the Guardian on Tuesday.

The 25-year-old, whose first name is Mohammed but is known as Juhel, was born in Birmingham and brought up in Wales’ Swansea. He said he had a visa which was valid until 2019 and had no criminal records.

The young teacher was in charge of eight pupils and said there were a total of 39 pupils and five members of school staff on the trip.

"Everyone looked at me like I'd done something wrong, it made me feel really small, even though it shouldn't have. I repeatedly asked on what ground they were kicking me off the flight, no-one could give me an answer," Miah said.

Miah also said that he had been denied access to the US Embassy in Reykjavik.

The ordeal of the Muslim man occurred less than two weeks after a US court upheld a decision to suspend an executive order by US President Donald Trump that temporarily halted travel from seven Muslim-majority countries. Trump's executive order barred entry for citizens from Iran, Iraq, Libya, Somalia, Sudan, Syria and Yemen for 90 days and imposed a 120 day halt on all refugee resettlement programs.

Trump’s administration says the ban is necessary for US national security in the face of what it calls terror threats from the seven countries. Critics have called Trump's ban discriminatory against Muslims and have questioned its value as a security measure.

Tags: Muslim US Trump British
Short Link rasanews.ir/201nEb
Share
0
Please type in your comments in English.
The comments that contain insults or libel to individuals, ethnicities, or contradictions with the laws of the country and religious teachings will not be disclosed