Rasa - A senior Palestinian journalist has been released from an Israeli prison after being incarcerated for 10 months without any charges. 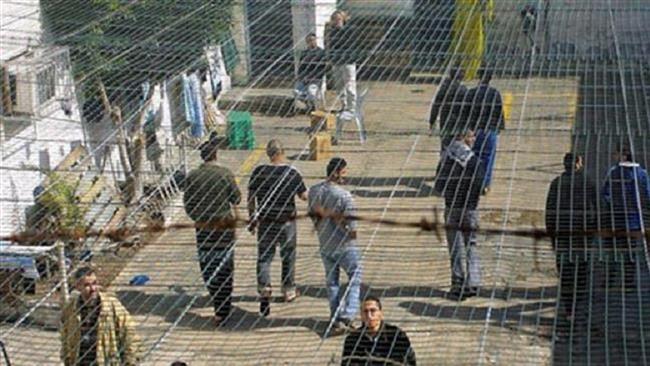 RNA - Omar Nazzal, a member of the general secretariat of the Palestinian Journalists Syndicate, was released on Monday following 13 hearings at an Israeli military court without any specific allegations. He said the court only used a "general accusation" that he was threatening "regional security.”

“When my lawyer asked for details, he got only rejections from judges and military prosecutors,” Nazzal said.

Nazzal was arrested on April 23 under Israel's controversial administrative detention laws at the border between the Israeli-occupied West Bank and Jordan, from where he was heading to a European Federation of Journalists gathering in Bosnia.

The United Nations has repeatedly urged Israel to either charge or release nearly 530 inmates held under administrative detention.

The Palestinian inmates regularly hold hunger strikes in protest at the administrative detention policy and their harsh prison conditions.

Palestinian activists have slammed Nazzal’s incarceration as an attack on press freedom and several international organizations have called for his release.

Israel, however, claims that Nazzal was not arrested as a journalist and his detention was due to “his involvement in terror group activities.”

Tel Aviv has accused Nazzal of being a member of the Popular Front for the Liberation of Palestine (PFLP), a leftist party banned by Israel.

According to the Palestinian Journalists Syndicate, Israel has incarcerated around 20 journalists or journalism students, one of whom for over 20 years.

Mohammed al-Qiq, a journalist, has been on hunger strike for 16 days.

Meanwhile, the Palestinian Prisoners' Society (PPS) said in a recent statement that Palestinian prisoners Jamal Abu al-Leil and Raed Fayez Mteir have gone on hunger strike after their administrative detention was extended.

Tags: Israel Palestin
Short Link rasanews.ir/201nEa
Share
0
Please type in your comments in English.
The comments that contain insults or libel to individuals, ethnicities, or contradictions with the laws of the country and religious teachings will not be disclosed