Rasa - Palestinian Islamic Resistance Movement Hamas Spokesman Sami Abu Zuhri underlined the importance of the conference on Palestine which is underway in Tehran for the fate of his oppressed nation. 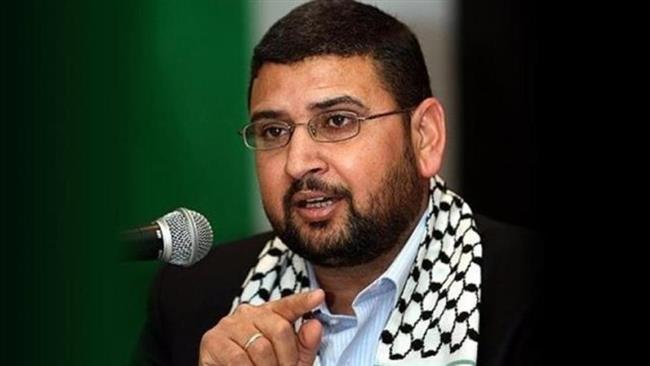 The Hamas spokesman said that Tehran conference on Intifada will provide an opportunity for the revival of Palestine under the presence conditions that the regional countries are busy with their own problems.

He also said that Tehran conference on Intifada will stress unity among the Islamic Ummah and support for the issue of Palestine.

"Hamas is interested in expanding ties with all Islamic and Arab countries," Abu Zuhri said, stressing that the Palestinian movement is willing to strengthen relations with Iran.

In relevant remarks on Monday, Secretary General of Lebanon's Hezbollah Sayyed Hassan Nasrallah hailed Iran for hosting a conference in support of the Palestinian Intifada (uprising).

"Iran is sending a strong message of solidarity to the people of Palestine by hosting a conference in support of the Palestinian Intifada (uprising)," Hezbollah Chief said.

"The most important result and message of this action for the Palestinian nation is that you have not been left alone and that an important and powerful country in the region supports you,” Nasrallah added.

He stressed that the timing of the conference is significant as it coincides with the recent policy changes in the US towards a so-called two-state solution.

During a press conference with Israeli Prime Minister Benjamin Netanyahu in Washington earlier this week, US President Donald Trump ditched Washington’s decades-long policy of supporting a so-called two-state solution to the conflict between Palestinians and Israelis.

Nasrallah reiterated that the US's move was significant as it ended Israel's game of lies with the Palestinians and that he personally thought that it was a positive move as it showed everybody what the Tel Aviv regime’s true intent was.

Tags: Hamas Tehran Palestinian Sami Abu Zuhri
Short Link rasanews.ir/201nEZ
Share
0
Please type in your comments in English.
The comments that contain insults or libel to individuals, ethnicities, or contradictions with the laws of the country and religious teachings will not be disclosed