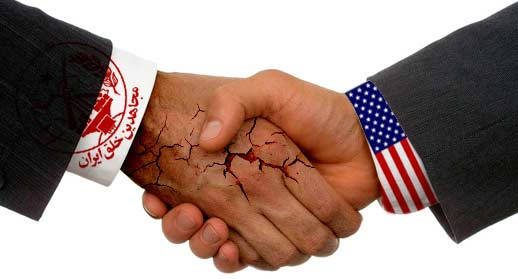 RNA - "The Islamic Republic of Iran is among the victims of terrorism and most assassinated Iranian citizens and officials have been killed by the Monafeqin (Hypocrites as MKO members are called in Iran) terrorist grouplet but human rights bodies are trying to clean up their black record without paying attention to their crimes," Khosravi said in a meeting with a media delegation from Albania on Tuesday.

He called on the European media to clarify the dangerous approach adopted by the MKO ringleaders against their members to meet their illegitimate interests.

The MKO has been incarcerating, torturing and killing all dissident members as well as those suspected of future plans for defection. The terrorist organization has assassinated many of its defected members in Europe and Canada.

"The spread of plights and dangers of terrorism in the European countries as well as its negative consequences, including the refugees crisis which has inflicted the European states too, have more than ever shown the necessity for real serious determination to fight against it," Larijani wrote in his letter.

He stressed that the European states' double-standards on human rights issues and their support for the MKO terrorist group whose hand is stained with the blood of the Iranian and Iraqi people and even its own members is not acceptable at all.

"Therefore, I ask your excellency and other relevant European officials to consider the numerous crimes committed by Monafeqin terrorist grouplet and adopt serious measures to prevent the free activities of the terrorist group's members in Europe, try its leaders and criminal members and make them account for their deeds," Larijani concluded.

Some 17,000 Iranians have lost their lives in terror attacks in the 35 years after the Revolution.

Rumors were confirmed last September about the death of MKO ringleader, Massoud Rajavi, as a former top Saudi intelligence official disclosed in a gaffe during an address to his followers.

Rajavi's death was revealed after Turki al-Faisal who was attending the MKO annual gathering in Paris made a gaffe and spoke of the terrorist group's ringleader as the "late Rajavi" twice.

Faced with Faisal's surprising gaffe, Rajavi's wife, Maryam, changed her happy face with a complaining gesture and cued the interpreter to be watchful of translation words and exclude the gaffe from the Persian translation.

Tags: US MKO Iran Terrorism
Short Link rasanews.ir/201nEY
Share
0
Please type in your comments in English.
The comments that contain insults or libel to individuals, ethnicities, or contradictions with the laws of the country and religious teachings will not be disclosed