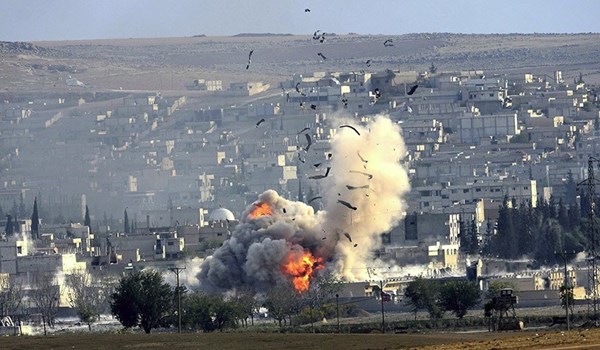 In the meantime, the Arabic language al-Hadath news reported that the US-led coalition's warplanes bombed al-Omari school in the ISIL-held city of Raqqa, killing five civilians and wounding several more that are in critical condition.

Local media sources disclosed on Monday that several civilians were killed and wounded in the Turkish airstrikes on a hospital in al-Bab town's main hospital.

The sources further added that there was no exact report on the number of the civilians killed in the air assault, the Aleppo 24 website reported.

They said that the Turkish airstrikes were the third of their kind on al-Bab's main hospital as two other hospitals had previously been completely destroyed.

Tags: Turkey US Syria
Short Link rasanews.ir/201nEO
Share
0
Please type in your comments in English.
The comments that contain insults or libel to individuals, ethnicities, or contradictions with the laws of the country and religious teachings will not be disclosed