Rasa - Secretary General of the Lebanese Hezbollah resistance movement Sayyed Hassan Nasrallah has hailed Iran for standing alongside Palestinians at a time when some Arab countries have been colluding with Israel. 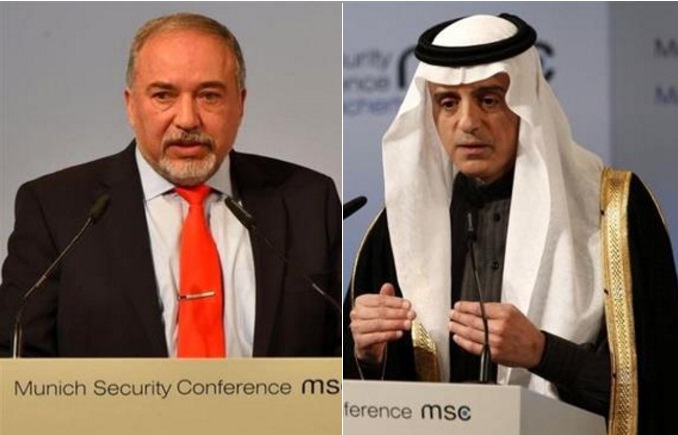 RNA - Secretary General of the Lebanese Hezbollah resistance movement Sayyed Hassan Nasrallah has hailed Iran for standing alongside Palestinians at a time when some Arab countries have been colluding with Israel.

In an interview with an Iranian TV channel, Nasrallah said that Tehran sent a strong message of solidarity to Palestinians by hosting an international conference in support of the intifada. He also said that Israel and certain Arab states, Saudi Arabia in particular, have simply abandoned the Palestinian people because of their hostility toward Iran.

Talking to Press TV, Bruce Katz, the co-president of Palestinian and Jewish Unity, praised the comments by Sayyed Hassan Nasrallah, adding that some Arab countries, Saudi Arabia in particular, and Israel are trying to demonize and isolate Iran and therefore victimizing the Palestinian people.

"What we are seeing here is a reference to a larger geopolitical situation in the region whereby Israel and Saudi Arabia are trying to isolate and demonize Iran and this is something that is going on for quite a long time. Essentially what would happen here is that the Palestinians have been victimized by it," Katz said.

He further reiterated that "Iran’s stand in support of Palestinian rights to self-determination is also one that goes along with international law. So in this respect, it is Iran that stands behind the rule of law, and Israel and Saudi Arabia are in flagrant violation of more than a hundred UN resolutions that call for the end of occupation and recognizing the Palestinian claim to self-determination."

Palestine has been the site of increased tensions since last August, when Israel imposed restrictions on the entry of Palestinians into the al-Aqsa Mosque’s compound in East Jerusalem al-Quds.

Protests against the restrictions have been met with a deadly Israeli crackdown, which has in turn prompted strengthened Palestinian resistance, known as the third intifada.

Tags: Israel Saudi
Short Link rasanews.ir/201nEL
Share
0
Please type in your comments in English.
The comments that contain insults or libel to individuals, ethnicities, or contradictions with the laws of the country and religious teachings will not be disclosed