Rasa - Senior Advisor to the Iranian Parliament Speaker Hossein Amir Abdollahian called on the world countries to support the Palestinian cause in a bid to help resolve other crises in the region. 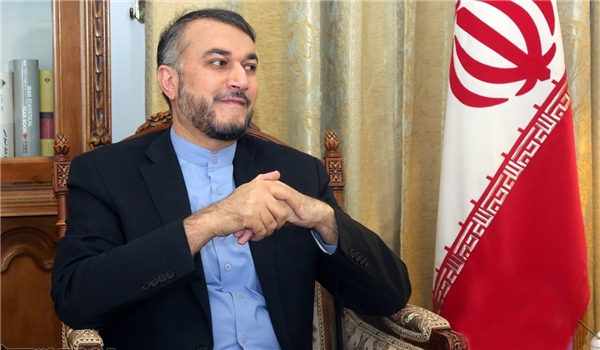 The Iranian parliament's senior advisor, meantime, reiterated that Israel does not have the necessary preparations to start a war in the region, and said, "Israelis are severely concerned both due to their own internal problems and also their continuous defeats by the resistance forces."

The 6th International Conference on Palestinian Intifada is currently underway in Tehran and it will wrap up tomorrow.

In relevant remarks in late January, Amir Abdollahian called for full support of the Muslim world for the Palestinian nation and cause against Israel.

"The Muslim and Arab world should fully back the Palestinians in their ongoing struggles against the Zionist regime," Amir Abdollahian told reporters after his meeting with Lebanese Foreign Minister Gebran Bassil in Beirut.

He reiterated that since Iran deems the Palestinian cause as important, the country will host an international conference in support of Palestinian Intifada in the near future.

"The conference aims to urge all sides to put aside their national, ethnic and tribal disputes and give priority to the issue of Palestine in their confrontation against the Zionist regime," Amir Abdollahian said.

In relevant remarks in late September, Iranian President Hassan Rouhani underlined that Tehran will continue to support the people of Palestine and their legitimate cause for freedom and self-determination as its unchanged principle.

"The Islamic Republic of Iran has always put support for the Palestinian people and that country's cause at the top of its foreign policy principles on the basis of religious beliefs and national human values," President Rouhani said, addressing the summit meeting of the Non-Aligned Movement (NAM) in Margarita Island of Venezuela.

The Iranian president underlined that fighting extremism and terrorism requires constructive and honest cooperation among all the members of the international community.

Tags: Hossein Amir Abdollahian Israel
Short Link rasanews.ir/201nEI
Share
0
Please type in your comments in English.
The comments that contain insults or libel to individuals, ethnicities, or contradictions with the laws of the country and religious teachings will not be disclosed