Rasa - There is no doubt that Israel has violated international law with its continued settlement activities in occupied Palestinian territory. 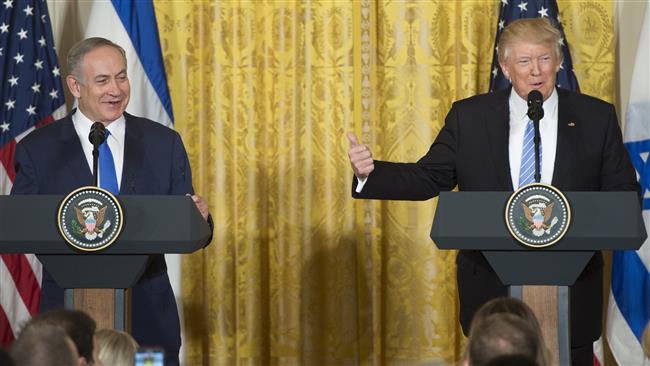 RNA - There is no doubt that Israel has violated international law with its continued settlement activities in occupied Palestinian territory. But Israel’s biggest ally, the United States, has always helped Tel Aviv in this process instead of confronting it, especially when it comes to using its veto power at the UN Security Council.

Now, with Donald Trump at the helm of power, many believe that Israel would be more aggressive than before towards Palestinians.

In ‘The Debate,’ Program broadcasted from Press TV, the news channel has talked to Mick Napier, with Scottish Palestine Solidarity Campaign, and Geoffrey Alderman, an author and political commentator, to discuss the impacts of Trump’s supportive policy toward Israel on peace prospects in Palestine.

Mick Napier maintains that Trump’s administration seeks to accelerate the current process of ethnic cleansing in Palestine which started during the tenure of former US president Barack Obama.

“Donald Trump wishes to outdo Obama to be even more pro-Israeli than he was and what that means is to effectively endorse [Israeli Prime Minister Benjamin] Netanyahu's program and the program of elements in the Israeli government further to the right than Netanyahu, elements who espouse openly the genocidal language to complete the ethnic cleansing of Palestine,” the analyst said.

Napier also opined that the closer Netanyahu gets to Trump, the greater would be the damage he receives when Trump "crashes and burns."

“It looks increasingly likely [given] the mass opposition he confronts in the US, the popular opposition, the opposition from elites in the military, the intelligence community, the media, and huge high-tech companies, that Trump will not complete this term. The closer Netanyahu gets to Trump, the greater will be the damage to the Israeli brand,” he underlined.

However, Geoffrey Alderman, the other panelist on the show, praised Trump for his plan to recognize Jerusalem al-Quds as the capital of Israel, arguing that such a measure would help settle the tensions although it would come at the cost of destroying the two-state solution supported by Obama.

“We have a new administration whose style of government and whose style of public relations is radically different from that which the American people have been used to in the past. One thing that I noticed [that] has been much underreported is that within the past two weeks, the Trump State Department has in fact issued a document recognizing Jerusalem as within Israel...and this is the way the Trump administration works.

Tags: US Israel Trump
Short Link rasanews.ir/201nEF
Share
0
Please type in your comments in English.
The comments that contain insults or libel to individuals, ethnicities, or contradictions with the laws of the country and religious teachings will not be disclosed