Protesters clash with regime forces in Bahrain over killing of activist

Rasa - Skirmishes have broken out between Bahraini regime forces and dozens of demonstrators, who had taken to the streets to protest the death in custody of a young pro-democracy activist. 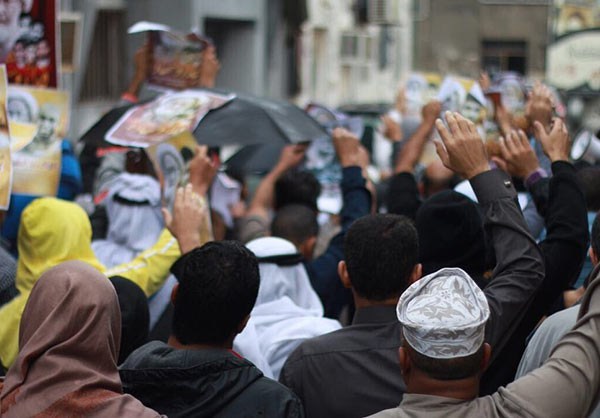 RNA - Scores of people staged a rally on Sitra Island, located five kilometers south of the capital, Manama, on Monday evening to voice outrage at the killing of 21-year-old activist Abdullah al-Ajouz earlier in the day.

Elsewhere, in the Bilad al-Qadim suburb of Manama, people marched along the streets and held up Ajouz’s pictures. They shouted “Our martyrs are immortal” and other slogans.

On Monday morning, an undercover military unit, supported by security personnel, stormed the village of Nuwaidrat and arrested al-Ajouz. An informed source, speaking on condition of anonymity, said the young man sustained a number of gunshot wounds before he was arrested. Hours later, officials from the Bahraini Ministry of the Interior announced Ajouz’s death in custody.

Thousands of anti-regime protesters have held demonstrations in Bahrain on an almost daily basis ever since a popular uprising began in the country in mid-February 2011. They are demanding that the Al Khalifah dynasty relinquish power and allow a just system representing all Bahrainis to be established.

Manama has been attempting to suppress the uprising since it began, allowing in Saudi Arabian and Emirati troops to help with the crackdown.

Tags: Al Khalifah bahrain
Short Link rasanews.ir/201nED
Share
0
Please type in your comments in English.
The comments that contain insults or libel to individuals, ethnicities, or contradictions with the laws of the country and religious teachings will not be disclosed