Rasa - US Defense Secretary James Mattis during a surprise visit to Baghdad sought hard to cover President Donald Trump's gaffe, saying that his country is not in Iraq "to steal anybody's oil". 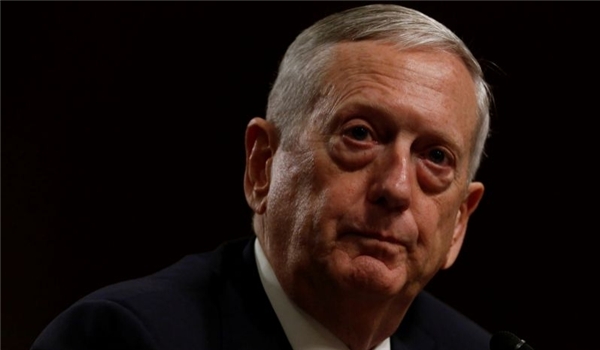 RAN - "I think all of us here in this room, all of us in America have generally paid for our gas and oil all along and I'm sure that we will continue to do so in the future," Mattis said, Sky News reported.

"We're not in Iraq to seize anybody's oil," he added.

His comments appeared to be an attempt to cover up the recent remarks by President Donald Trump regarding Iraq and its oil.

In a speech to CIA staff in January, Trump said about Iraq, "We should have kept the oil. But okay. Maybe you'll have another chance."

A few days later in an interview with ABC's David Muir, the president repeated the comments, "We should have taken the oil. You wouldn't have ISIS [ISIL] if we took the oil."

In early 2003, the United States, backed by the UK, invaded Iraq under the pretext that the regime of Saddam Hussein possessed weapons of mass destruction. No such weapons, however, were ever found in Iraq.

More than one million Iraqis were killed as a result of the invasion, and subsequent occupation of the country, according to the California-based investigative organization Project Censored.

During his election campaign, Trump called the 2003 Iraq invasion “a big fat mistake,” and blamed the rise of Daesh terrorists in the Middle East on the policies of former US President George W. Bush and his successor, Barack Obama.

But in his more recent statements, Trump changed the tone regarding Iraq, arguing that the United States should have seized Iraqi oil in order to prevent ISIL from making money from oil sales.

Tags: US Trump Iraq
Short Link rasanews.ir/201nDy
Share
0
Please type in your comments in English.
The comments that contain insults or libel to individuals, ethnicities, or contradictions with the laws of the country and religious teachings will not be disclosed