Rasa - The Iranian foreign ministry lashed out at Saudi Arabia for sending confused messages to Tehran, expressing the hope that a united voice would be heard from Riyadh one day. 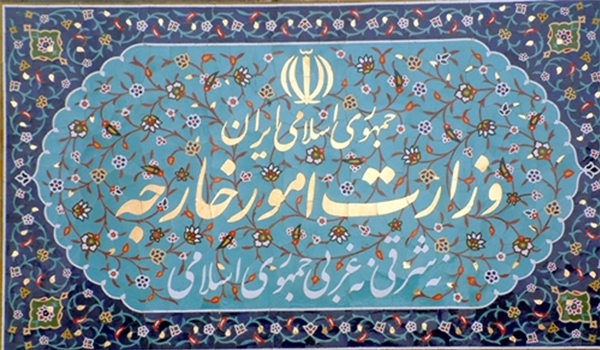 RNA - "We are facing a serious paradox in a country in the Persian Gulf region and don’t know who and which group is ruling it. We sometimes receive positive messages via different channels and as many times we hear and receive negative positions from these countries. We should see who is ruling the country and which policy he is pursuing in the region and in relations with Iran," Foreign Ministry Spokesman Bahram Qassemi told reporters in Tehran on Monday, in implied reference to Saudi Arabia.

"We are waiting to receive a specific voice from the ruling majority of this country and continue our path accordingly," he added.

Qassemi underlined that despite the unjust remarks and allegations made by the Saudi officials against Tehran, Iran will continue its constructive policies to establish peace, security and stability in the region.

In relevant remarks earlier today, Qassemi blasted Saudi and Israeli officials for making allegations against Iran, and said the animosity by Riyadh and Tel Aviv is no coincidence.

"Many evidence and facts point to the coordination and collaboration between these two regimes on regional cases, and they both attempt to provoke the international atmosphere against our country as a means to compensate for their numerous failures and defeats,” Qassemi said in a statement on Monday.

The Iranian foreign ministry spokesman said that of course, the discourse used by these two accomplices in fight against oppressed people of the region is nothing but a repetitive discourse which indicates a painful desperation and despair.

"What is more deplorable is that the Zionist official has so clearly counted on the collaboration of a Muslim country for advancing its usual anti-Iranian policies,” he said.

The Iranian foreign ministry spokesman said that the repetition of a baseless and absurd claim by Saudi Arabia’s foreign minister about the sources of terrorism and ISIL supporters can never allow the ideological, educational, financial and intelligence ties between the Saudi regime and the terrorists whose crimes against innocent people of the region and the world are known to all be forgotten.

Tags: Iran Saudi
Short Link rasanews.ir/201nDv
Share
0
Please type in your comments in English.
The comments that contain insults or libel to individuals, ethnicities, or contradictions with the laws of the country and religious teachings will not be disclosed