Rasa - The Syrian army forces blew in the air a bomb-laden drone belonging to the ISIL in Deir Ezzur, a military source said, warning that the terrorist group is receiving advanced military equipment from Saudi Arabia now. 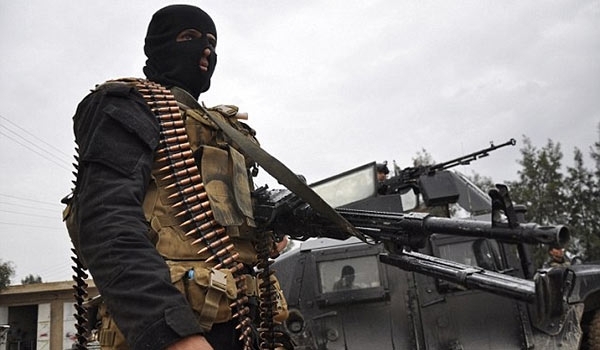 RNA - The source said that the drone was aimed to be used against the army positions that are under siege by ISIL, including al-Jourah, Tib al-Jourah and al-Qasour.

Noting that it seems the ISIL is in possession of a large number of drones which are equipped with electronic systems and devices, he said it is not clear how the ISIL gained such technical equipment but the ways that the terrorist group can transfer weapons and equipment are limited to the Southern parts of al-Anbar desert in Iraq which means that the ISIL still receives military aid from Saudi Arabia.

Former Norwegian ambassador to Riyadh said last week that Saudi Arabia is involved in financing the ISIL terror group and described the Middle-Eastern country as the kingdom of terrorism.

The ambassador, Carl Schiotz Wibye, said in remarks cited by a Norwegian newspaper, that Saudi Arabia has a strong influence on the spread of extremist ideology, but he is feared that the West turns a blind eye on this matter.

Wibye described Saudi Arabia as the Kingdom of terrorism, noting that it has used its oil wealth to finance the spread of Wahhabism in the world, stressing on the importance for Norway to be more mindful about this issue, suggesting a way to curb extremism, which may be through the revival of the Progressive Party’s proposal to ban non-participated regimes in the United Nations’ Universal Declaration of Human Rights from financing any political or religious institution.

The Norwegian official has no doubt that Saudi Arabia has participated in funding ISIL terror group, citing that the former US Secretary of State Hillary Clinton has claimed in a leaked email on 2014 about “hidden money transfer” made by the Saudi regime.

Tags: Syria ISIL Saudi
Short Link rasanews.ir/201nDu
Share
0
Please type in your comments in English.
The comments that contain insults or libel to individuals, ethnicities, or contradictions with the laws of the country and religious teachings will not be disclosed