Rasa - Bahraini activists confirmed that the Bahraini authorities detained activist Nader Abdul Imam, and transferred him to "Jaw Central Prison" to serve a new sentence over charges linked to taking part in a peaceful protest in the capital Manama. The Bahraini judiciary had sentenced him to 6-months imprisonment on these charges last year. 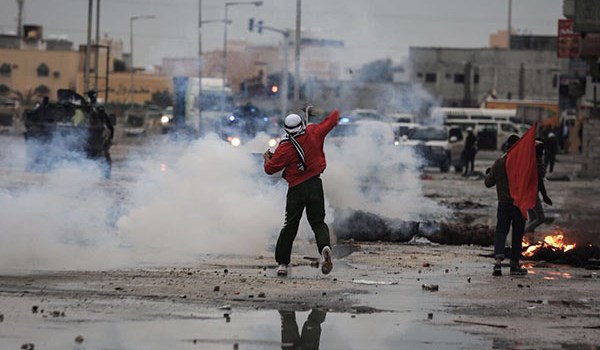 RNA - Abdul Imam was released in early 2015 after serving a 4-month imprisonment sentence on charges of insulting a historical religious figure. The Ministry of Education later dismissed him from his work based on these charges, Bahrian Mirror reported.

On his part, Vice President of the Bahrain Center for Human Rights, Sayed Yousef Al-Muhafdah, said in a tweet, "Why was Nader Abdul Imam detained in a gangster-style from his work at Country Mall instead of getting an arrest warrant, according to the procedure followed in similar cases?"

He also added, "Not everyone is undercover and masked like those who engage in illegal things. Figures like Nader Abdul Imam work in a peaceful, open, and legal way."

Tags: Al-Khalifa bahrain
Short Link rasanews.ir/201nDs
Share
0
Please type in your comments in English.
The comments that contain insults or libel to individuals, ethnicities, or contradictions with the laws of the country and religious teachings will not be disclosed