Rasa - Iran has summoned the Turkish ambassador to Tehran over the recent unconstructive remarks and claims by the Turkey’s president and foreign minister against the Islamic Republic. 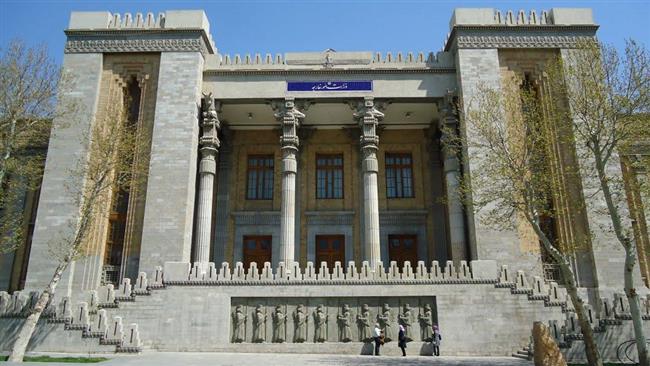 RNA - In a meeting on Monday, Iran's Deputy Foreign Minister for Asia and Pacific Affairs Ebrahim Rahimpour handed over an official letter of protest to the Turkish ambassador to Tehran, Reza Hakan Tekin.

Turkish Foreign Minister Mevlut Cavusoglu, speaking at the Munich Security Conference on Sunday, also criticized what he called an Iranian "sectarian policy" aimed at undermining Bahrain and Saudi Arabia, saying, "Turkey is very much against any kind of division, religious or sectarian.”

The remarks by the Turkish officials came despite the fact that Ankara is widely known as a staunch supporter of militants wreaking havoc in Syria, providing them with money and arms as well as free passage through Turkish soil to Syria.

This as Iran has been providing military advisory support to both Iraq and Syria in their campaign against terrorism at the request of the two countries’ governments.

The Islamic Republic was among the first countries to help Iraq when the Daesh terrorist group unleashed a campaign of death and destruction in the northern and western parts of the Arab country in 2014.

Tags: Turkey Iran
Short Link rasanews.ir/201nDn
Share
0
Please type in your comments in English.
The comments that contain insults or libel to individuals, ethnicities, or contradictions with the laws of the country and religious teachings will not be disclosed