Rasa - Protesters in cities across the United States have attended rallies for a second consecutive day against US President Donald Trump's immigration policies. 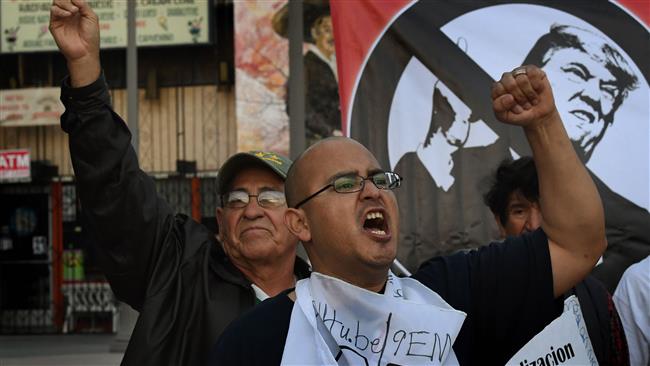 RNA - Activists called for a "general strike" on Friday against Trump's month-old administration, a day after thousands of protesters marched and many businesses closed during "A Day Without Immigrants" to highlight the importance of foreign-born naturalized US citizens.

Foreign-born American citizens account for 13 percent of the US population, or more than 40 million people.

One of the groups organizing Friday's strike, Strike4Democracy, said more than 100 public protests were expected around the US. The group urged Americans to stay away from work and contact congressional representatives about the strike.

In New York City, hundreds of protesters attended a rally at Washington Square Park in Manhattan. Crystal Thornebrooke, one of the organizers, said the event was intended to spark discussions about how activists can make progress in fighting Trump's agenda.

"Introducing ourselves to people, hearing people, hearing their concerns with our administration and then build from there - this is the preliminary stages of organization," she said.

Dozens of demonstrators attended a demonstration at the Regent Theater in downtown Los Angeles, California, waving signs and chanting, "fight ignorance, not immigrants."

"I have friends and family members who are undocumented immigrants, and I'm scared for them to be deported," said Priscilla Alburquenque, a 20-year-old college student.

Dozens of people also protested at Daley Plaza in Chicago, Illinois. "The immigration event yesterday was a big event, but not everyone can be at them all," said Joe Balkis, a retired United Parcel Service worker in Chicago.

Trump signed an executive order on January 27, which was put on hold by federal courts, restricting entry from seven Muslim-majority countries.

His controversial immigration policies, along with a series of federal raids last week, have alarmed immigrant rights' groups and sparked a series of protests in cities and airports across the US.

Since his inauguration on January 20, Trump has faced nearly non-stop protests and rallies, including mass demonstration focused on women's rights that drew millions of people around the world on the day after he was sworn in.

Tags: Rally Trump
Short Link rasanews.ir/201nD8
Share
0
Please type in your comments in English.
The comments that contain insults or libel to individuals, ethnicities, or contradictions with the laws of the country and religious teachings will not be disclosed