The Trump Administration Is Adding Fuel to Fire in Syria

Rasa - US military officials say the Trump administration may soon authorize sending combat troops to Syria - even if it evades International law. 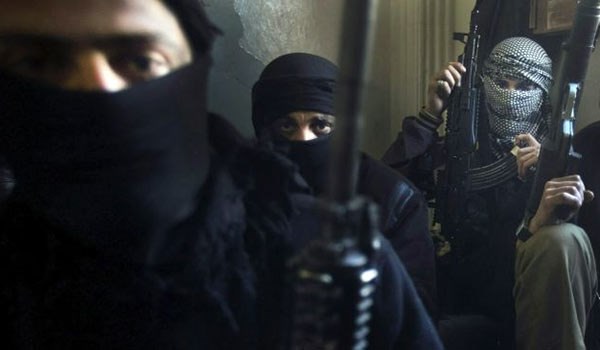 RNA - The United States has already sent several hundred of its special operations forces to Syria. The Pentagon claims their operations have been limited to training and assisting Kurdish fighters in their battle against ISIL and other terrorist groups. This is rubbish.

According to a new report by conflict monitor Airwars, the US-led coalition airstrikes killed an estimated 254 civilians across Syria in January alone. Airwars identified at least 95 separate civilian casualties over the same period as well, which involved US-led aircraft. According to the report, the high casualty from US-led airstrikes comes after Washington and its allies stepped up their bombing campaign in Syria. The US warplanes have also attacked and destroyed civilian targets like hospitals, silos, schools, oil refineries, and airports. The new push seems to be aiming for these sorts of targets again.

Little wonder Iranian Foreign Minister Mohammad Javad Zarif says the US occupation of Iraq is to blame for the creation of ISIL, and that any bid by the US to dispatch ground troops to Syria to allegedly fight ISIL forces will fan the flames of extremism in the Middle East, and adversely impact the security of the whole world.

Nevertheless, there are also many other reasons why US military escalation in Syria would be the wrong response to the most recent ceasefire agreement between the Syrian government and the opposition:

-The civilian death toll from US military intervention quickly comes to exceed that which prompts the intervention in the first place. Killing more Syrians than the terrorist groups is no way to pay tribute to those killed by the United States and its coalition.

-Within Syria not many people would welcome or support external military intervention, particularly from the United States and its regional allies. The US-led airstrikes are never designed to target ISIL, Al-Qaeda and other terrorist groups - no matter how altruistic their underlying motivations might be.

-Intervention would only make sense in the context of an attempt to pave the way for dialogue and to achieve concrete political objectives. None beyond 'there is a need to protect the (Al-Qaeda-linked) “moderates” has been offered. There is no US plan for stopping the multidirectional violence, much less rebuilding the nation.

-The utter lawlessness in many regions of Syria today is the most recent example of what happens when outside powers back terrorist groups they deem to be on the right side of history in a war. There can be no question that the Pentagon and the CIA erected their notorious military bases supposedly “for training and assisting Kurdish fighters,” but have only helped to spread the cancer of terror and violence across Syria. It’s an exercise in futility and a bitter fact that the people of Syria know it just too well.

That said, at a time when a nationwide ceasefire is largely working, it makes no sense for President Trump to insist that Syria needs more US bombing runs, and that he should send more American troops to Syria to stand shoulder to shoulder with its proxy forces on behalf of the common policy of regime change in Damascus.

Worse still, including Saudi Arabia and others in a bogus coalition to fight the very sectarian monster they helped to create is yet another reason why the new mission creep into Syria and the clear case of aggression against Syrian people and sovereignty is illegal under International Law, and hence destined for failure.

For the Trumpsters, however, the myth of a victorious surge is so seductive because it perpetuates an illusion of order and control at least over their foreign policy. It frames the war on Syria as something other than a geostrategic blunder and their regime-change effort as something more than a stalemate. What’s more, it reinforces the notion that it’s possible to influence events in Syria, if only military force is deployed properly. It’s a myth that makes victory in the current Syria mission appear achievable.

If Washington is really serious about fighting terrorism and helping to relieve the human suffering of the Syrian population, there are immediate non-military means by which it should act more intensely, such as by not sending arms to its Al-Qaeda-allied proxy forces and by hugely sending US aid to the at least 2 million people who have fled with their families for refuge in Jordan, Lebanon, Iraq, Turkey, and several other countries.

After six years, basic services in these countries are coming under tremendous structural stresses from being good neighbors to the refugees. The billions of dollars that the Trump administration would spend on the new military engagement could be more wisely used to increase humanitarian aid to the Syrian refugees in these countries.

Tags: US Syria ISIL
Short Link rasanews.ir/201nD6
Share
0
Please type in your comments in English.
The comments that contain insults or libel to individuals, ethnicities, or contradictions with the laws of the country and religious teachings will not be disclosed