Rasa - Abdel Bari Atwan, the editor-in-chief of Rai al-Youm newspaper, said regional and global actors are now waiting to see Moscow's possible reaction to Turkey's continued support for militant groups in Syria and its non-commitment to the peace plans earlier coordinated with Russia and Iran. 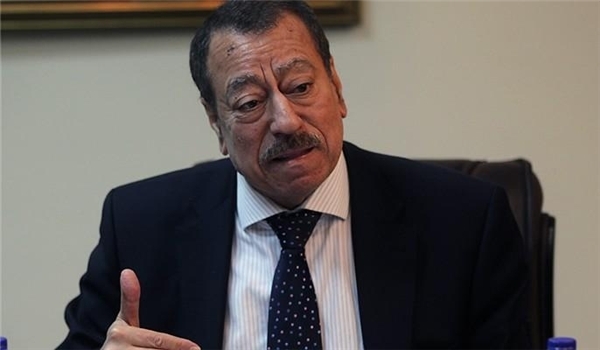 "Now the question is how Moscow will react to Turkey's position? What will be the positions of the Iranian and Syrian governments? It is an issue that will come into light in the next few days but undoubtedly, the fate of the fourth round of Geneva talks will not be better than the three previous rounds," he added.

Atwan also referred to US President Donald Trump's decision to send forces to Syria, and said it shows a preplanned plot by Washington, Ankara, Tel Aviv and the Persian Gulf Arab states which raises many questions about Iran and Russia's reaction to these developments.

In relevant remarks today, a prominent Syrian analyst warned that Ankara still has strong ties with the leaders of the terrorist groups in Syria, including the ISIL and al-Nusra (Fatah al-Sham) Front.

"Ankara has sent the terrorists from different parts of Aleppo, Idlib and Hama to the Northeastern parts of Aleppo to fight in the Euphrates Shield Operation," Rizzan Haddu told FNA on Saturday.

"Meantime, Ankara has some relations with the ISIL and al-Nusra too," he added.

Haddu underlined that if Turkey, supported by the NATO, were serious about the establishment of peace in Syria, it would not implement special plots in Syria and there would be no need to holding Geneva talks and negotiations with the militants.

Ankara has backed militants fighting against President Bashar al-Assad since the conflict began with anti-government protests in March 2011.

Turkey declared on August 24 that its Army has launched 'Euphrates Shield' military operation in Syria, as Ankara claims that it has begun to cleanse the ISIL terrorists from its border with the Arab country.

But, despite Ankara's allegation, Turkish military forces support militant groups in Northern Syria, and fight against Kurdish forces in the region.

Turkish officials have frequently stressed that operation 'Euphrates Shield' will continue to create a safe zone in Northern Syria, as demanded by US President Donald Trump.

Damascus had condemned Ankara's military operation and entry of Turkish special forces and tanks into Syria, while Moscow expressed deep concern about what is happening in the Syrian-Turkish border area.

Tags: Abdel Bari Atwan Syria
Short Link rasanews.ir/201nD2
Share
0
Please type in your comments in English.
The comments that contain insults or libel to individuals, ethnicities, or contradictions with the laws of the country and religious teachings will not be disclosed