Rasa - Iranian Deputy Foreign Minister for Arab and African Affairs Hossein Jaberi Ansari announced that the Syrian government and opposition delegations have made "tangible progress" in their talks during the recent peace conference in Astana. 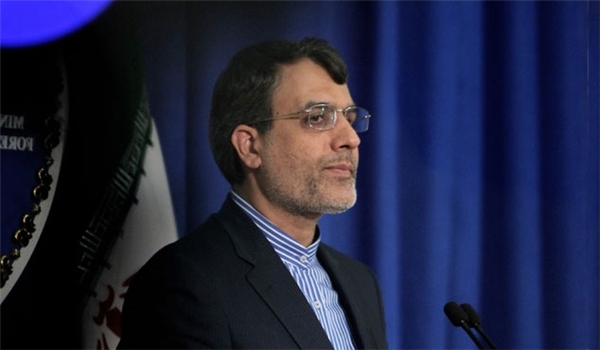 RNA - "Generally, the trend of the negotiations has made a tangible progress," Jaberi Ansari said before leaving Almaty for Tehran on Saturday.

"The atmosphere of the general meeting was a little more calm and reconciliatory compared with the first meeting (Astana 1 conference in January), specially the behavior and language used by the Syrian delegations," he added.

Yet, he noticed that the path to resolve the crisis in Syria is time-consuming, and expressed the hope that given the influence and determination shown by the three countries of Iran, Russia and Turkey, ending the crisis would be possible soon.

In relevant remarks on Thursday, Jaberi Ansari underlined the importance of Astana meeting in Kazakhstan for finding a political solution to the Syrian crisis.

"Iran believes that the most important task for the Astana talks is to facilitate Syrian-Syrian negotiations with the aim of restoring peace and security to Syria,” Jaberi Ansari told reporters.

The Iranian deputy foreign minister reiterated that the efforts made by Iran, Syria and Turkey to mediate the Astana talks was no replacement for the previous efforts by the international community to help end the Syria crisis, but rather serve as a supplementary initiative.

"Major achievements have been made to contain the Syria crisis during the two rounds of the Astana talks," Jaberi Ansari said.

He also called on all Syria groups to join peaceful talks with the Damascus government.

The second round of the two-day Astana talks began on Thursday.

The first round of the discussions, which was similarly mediated by Tehran, Moscow and Ankara, took place in January and brought together representatives from the Damascus government and opposition groups for the first time during nearly six years of conflict.

Tags: Astana Jaberi Ansari Iran Syria
Short Link rasanews.ir/201nCw
Share
0
Please type in your comments in English.
The comments that contain insults or libel to individuals, ethnicities, or contradictions with the laws of the country and religious teachings will not be disclosed