The War Against Dehumanization Is Ceaseless

Rasa - In the Eastern part of Mosul, life is once again routine. People who fled the city at the height of the fighting are returning to it in their thousands. 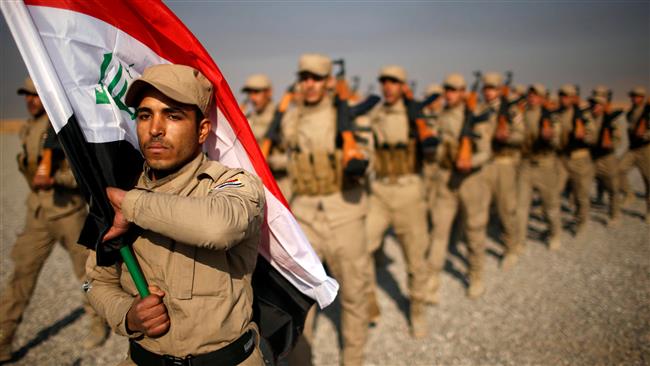 RNA - Contrary to media speculations in the West, this northern Iraqi city is going to be habitable by the time the terrorist group of ISIL has been driven out. The liberated eastern parts and outskirts offer residents some hope. Food is trucked in from the city of Irbil, about 40 miles to the east, and although merchants face a gantlet of checkpoints along the route, their markets are well stocked.

There is real security and there are no arbitrary arrests of displaced people and ISIL sympathizers. There is no “imminent” inter-Shiite fighting either. Even with the dangers still present, residents say they are happy to no longer live under the rule of ISIL, which punishes violations of its Medieval code with beheadings.

The battle for the northern part, however, rages on, and this is where the lies Western media outlets tell us tend to grow:

-Despite the US military’s stonewalling and shenanigans, the national armed forces are determined to capture west Mosul at the earliest, which is still being held by ISIL fighters. The United Nations and Iraqi military officials say ISIL’s days are numbered, given the group’s continuous finance and personnel losses over the past months.

-The battle is about saving the city’s besieged people, not “increasing rivalry” between Iran and the United States under President Donald Trump. For Iran, the war against dehumanization is ceaseless. Its participation in the ongoing War on Terror, therefore, is not just a matter of obedience to International Law or of altruism, but rather a necessary requirement for remaining human.

-The Trumspters are free to deepen sectarian and ethnic hatred, call Prime Minister Haider al-Abadi, and make US help conditional on a reduction in Iranian participation. Iran, nonetheless, will continue to support the people and government of Iraq, and it comes without conditions. God didn’t make compassion conditional. Compassion is what makes us human.

-Rather than looking for explanations for why all Iraqis deserve to be treated with respect and dignity, Iran is actually working with its neighbor at creating a situation in which all people, irrespective of ethnic and religious backgrounds, are treated with respect and dignity. For human rights aren’t lying around waiting to be discovered. They are made, not found. Any foreign policy that fails to recognize this effectively dehumanizes the entire Iraqi population.

-If nothing else, the presence of American forces in Mosul has turned into everything but victory. On the other hand, it is producing new conflict by reviving old ethnic and sectarian strife - a strife which, in turn, has a lot more to do with prolonging the occupation of the country than fighting terror.

- What we are now witnessing in Mosul and elsewhere is the fracture or complete breakdown of families, societies, and ethnic groups as a result of years of American occupation, state-sponsored terrorism, and dehumanization that have taken a toll. What had earlier been conceived by the US administration as welcome news has now turned into public anger and criticism. The presence of US Special Operations Forces in the city is being publicly challenged as never before. It’s the reason why liberation of the entire city is going to take time despite the other contradictory claim by the US military leaders.

It must be noted that the way Washington has been waging the war on ISIL, with the use of a branch of terrorists who are called “moderates” as a main assault force in Syria, has already undermined its position in the region. Largely seen in terms of the US inability or its plot to keep the region hot, the deliberate prolongation of the operation has raised questions about the kind of objectives the US is pursuing. Is the delay a part of the bigger plan of the US to stay militarily involved in Iraq and the region?

While an answer to this question depends upon how the Mosul operation progresses this year, what is becoming clear is the other kind of conflict, i.e., sectarian strife, that war-party Washington is so enthusiastically after. As previously, Washington wouldn’t mind if this fight spreads, Iraq once again faces the kind of situation it had to face after the 2003 invasion and occupation - a situation that turned out to be the primary context against which ISIL emerged in the first place.

In the prevailing environment, therefore, the people of Iraq and the government are duty-bound to ensure that liberation of Mosul is swift and that this conflict doesn’t become yet another excuse for American occupying forces to prolong their unwelcome stay in the country and the region.

Tags: ISIL Mosul Iraq
Short Link rasanews.ir/201nCp
Share
0
Please type in your comments in English.
The comments that contain insults or libel to individuals, ethnicities, or contradictions with the laws of the country and religious teachings will not be disclosed