Israeli trooper takes own life near border with Gaza Strip

Rasa - An Israeli soldier stationed at the border between the occupied territories and the besieged Gaza Strip has committed suicide by shooting himself, Israeli media outlets say. 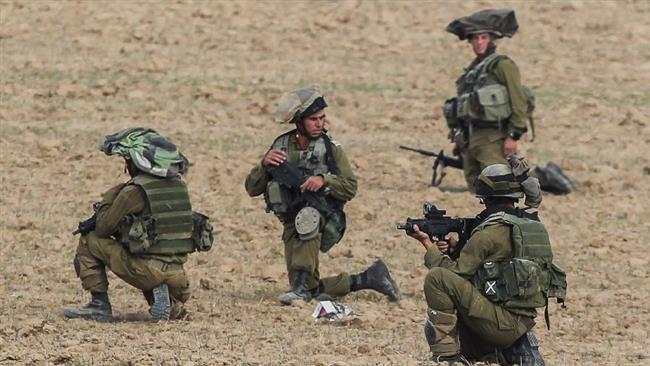 RNA - Israeli news website reported on Friday that the soldier was found critically injured after shooting himself in the head late on Thursday.

Israeli army medical teams attempted to save his life but to no avail. He was pronounced dead shortly afterward.

News reports added that the Israeli army has launched an investigation to uncover the reasons behind the soldier’s suicide. The identity of the trooper remains unknown.

The Israeli military announced on January 8 that suicide was the main cause of death among Israeli soldiers, and that 15 troopers - all of them male - had taken their own lives last year.

The army added that four soldiers were killed in the course of military operations, nine in on-base accidents, seven in off-duty car accidents and six died from illness or other medical reasons.

Another 43 soldiers were seriously hurt during the course of 2016.

Most of the soldiers injured or killed were conscripted troops. A smaller portion were career soldiers, and a handful were reservists who were in service at the time of their deaths, the Israeli army said.

Tags: Israel Gaza
Short Link rasanews.ir/201nCi
Share
0
Please type in your comments in English.
The comments that contain insults or libel to individuals, ethnicities, or contradictions with the laws of the country and religious teachings will not be disclosed