Rasa - The Syrian army attacked the terrorists in Deir Ezzur province, and inflicted heavy losses on the militants over the past 24 hours. 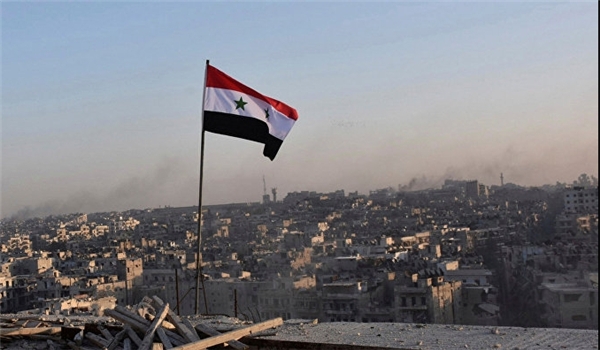 RNA - The Syrian army killed and wounded a number of terrorists in several districts of the city of Deir Ezzur.

According to the source, 17 militants were killed and dozens of others were wounded in the attack while their command center and three of their military vehicles were fully destroyed.

During the operations, an ISIL commander named Abu al-Zubair Tunisi and his deputy Abu Mahjan were also killed, the source added.

The Syrian army forces continued military operations in Eastern Aleppo and earned control over another strategic region East of Kuweires.

The Syrian army units drove ISIL back from Showailakh town after heavy clashes and killing tens of terrorists.

Military sources say since Showailakh is located in high lands, it was one of the most important ISIL bases in the region and its capture enables the army to take back control of Hamimiyah Kabirah and Saqirah town which overlooks Kuweires airbase.

Reports from Syria said a sum of 197 militants have been killed and hundreds of others were injured in the army's preemptive strikes in Hama on Thursday.

Al-Watan newspaper reported that Ahrar al-Sham and Faylaq al-Sham terrorist groups stationed in Kafar Zita in Northwestern Hama had plotted to attack the army positions in Reef al-Hamawi (outskirts of Hama) but were surprised by the Syrian troops' preemptive strike.

Over 87 militants were killed and more than 160 others were wounded, reports said, adding that the terrorists also lost several military vehicles, a bomb-laden car and an arms truck in the attack.

Also, in the Northern outskirts of Hama, the Syrian fighter jets pounded the terrorists' positions and moves North of Murak area, killing 109 terrorists and injuring over 200 others.

Army reports said over 11 military vehicles and two cars carrying the militants were also smashed in the raid.

The Syrian army forces continued operations against al-Nusra (Fatah al-Sham) Front for the fifth day in a row in Dara'a city, repulsing the terrorists' attack and inflicting heavy casualties on them.

The Syrian army units clashed with a group affiliated to al-Nusra terrorists who sought to occupy a residential complex in al-Manshiyeh district and warded off their offensive.

A military source said that during the operations codenamed 'Almot Wa La al-Mazellah (Death and Not Humiliation)', the Syrian troops killed over 45 terrorists, including several commanders.

He added that clashes in al-Manshiyeh have decreased now.

The Syrian army troops targeted the terrorists' gathering centers and moves in Quneitra after the latter attacked the army positions and violated the ceasefire.

The army units launched heavy artillery attacks against the terrorists in al-Rawihina, al-Mushirefah and Um Batenah villages, killing and wounding dozens of militants.

They also destroyed a large number of weapons and ammunition belonging to the terrorists in the region.

The Syrian army troops, supported by the air force, repulsed ISIL's massive attacks against the army positions in the Southern parts of T4 airbase in Homs province and killed and wounded tens of militants.

The Syrian army forces clashed with the ISIL terrorists who had launched attacks against their positions in Marhatan and Western Qasr al-Hayar regions Southeast of T4 airbase from the direction of the Western parts of al-Tabaq, Ariya and Rawaq and the Northeastern parts of al-Bareda region and warded off their offensives, leaving 35 ISIL members dead and wounded.

Meantime, the Syrian fighter jets targeted the ISIL positions near Western al-Bayarat and Tadmur (Palmyra) as well as the oil fields and their supply route linking Tadmur and al-Bayarat.

During the airstrikes, several military vehicles and equipment belonging to the terrorists were also blown up.

Faced with the Syrian and resistance forces' advance towards the Eastern parts of T4 airbase and al-Bayarat region, the ISIL has sent hundreds of its forces from Tadmur and the oil-rich region of al-Sukhnah to al-Bayarat.

Tags: Quneitra Hama Deir Ezzur Syria ISIL Aleppo
Short Link rasanews.ir/201nCf
Share
0
Please type in your comments in English.
The comments that contain insults or libel to individuals, ethnicities, or contradictions with the laws of the country and religious teachings will not be disclosed