Rasa - After a visit by President Hassan Rouhani to Oman and Kuwait, Iran says it shares a will with the two Persian Gulf countries to boost mutual friendliness. 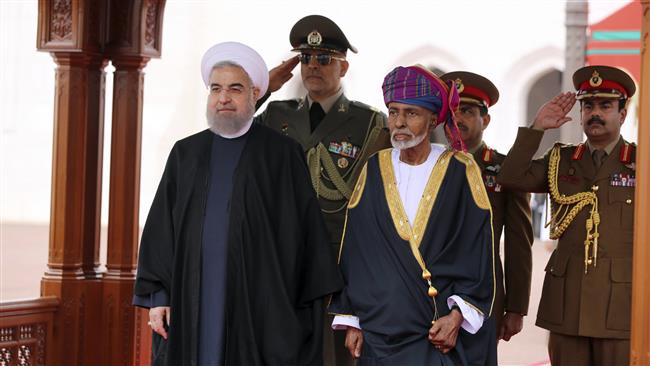 RNA - “The visits, which took place at a time when the region is in special and sensitive circumstances, indicate the countries’ common will to expand friendly ties across the strategic waters of the Persian Gulf,” Foreign Ministry spokesman Bahram Qassemi said on Thursday.

The visits came after Kuwaiti Foreign Minister Sheikh Sabah al-Khalid al-Hamad Al Sabah traveled to Tehran on January 25, bearing a letter from the Kuwaiti emir on behalf of the Persian Gulf littoral states seeking to fix ties with Tehran, which began to deteriorate last year amid the confrontational approach taken by the new Saudi rulers against Tehran.

Saudi Arabia unilaterally severed its diplomatic ties with Iran last January. It took the move after protests in front of its diplomatic premises in the Islamic Republic earlier against its execution of venerable Shia cleric Sheikh Nimr al-Nimr. Many of the kingdom’s allies either downgraded or cut their Iran ties afterwards.

Qassemi said the Omani sultan and the Kuwait emir have always sought enhanced relations with Iran.

Beyond bilateral relations, the two leaders have invariably pursued the creation of a collective mechanism joining the Islamic Republic and regional countries in dialog on regional stability and threats as well as common concerns, including terrorism and extremism.

During the Kuwait City trip, the Kuwaiti emir expressed satisfaction and delight about Iran’s constructive approach towards efforts to reduce tension with neighboring Arab states.

Also lending importance to Rouhani’s visits, Qassemi said, was self-serving efforts by some extra-regional countries over the past weeks to alienate Islamic countries from one another.

“The visits and the far-reaching reception showed that the extra-regional powers’ provocative policies have backfired,” the official added.

Earlier, reports emerged that the administration of US President Donald Trump was encouraging Arab states to join Israel in an anti-Iran alliance.

Observers have already warned that such alliance threatens to reverse long-running diplomatic efforts by various parties at bringing the regional players together.

Tags: Oman Iran Kuwait
Short Link rasanews.ir/201nCX
Share
0
Please type in your comments in English.
The comments that contain insults or libel to individuals, ethnicities, or contradictions with the laws of the country and religious teachings will not be disclosed