US President Donald Trump will replace his executive order halting travel from seven mainly Muslim countries "in the near future," according to the US Justice Department. 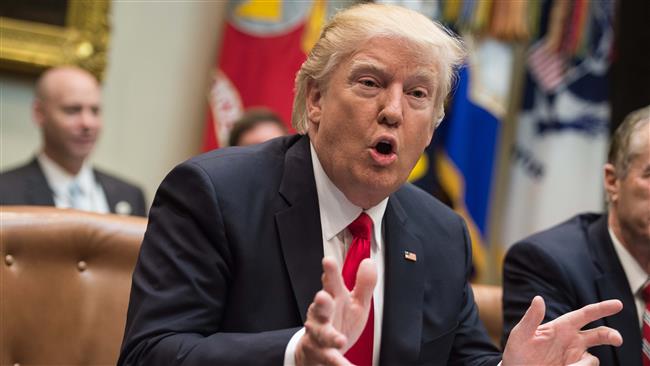 RNA - A  Justice Department court filing on Thursday said Trump's new order would be "substantially revised" but did not provide details.

The department said a federal appeals court should not reconsider a ruling that suspended Trump's January 27 order.

"Rather than continuing this litigation, the President intends in the near future to rescind the order and replace it with a new, substantially revised executive order to eliminate what the panel erroneously thought were constitutional concerns," the Justice Department said in its filing.

"In so doing, the President will clear the way for immediately protecting the country rather than pursuing further, potentially time-consuming litigation," it added.

Last week, a congressional aide, speaking on the condition of anonymity, told Reuters that Trump might rewrite the original order to explicitly exclude immigrants who hold a green card, also known as permanent residents.

Trump’s administration says the ban is necessary for US national security in the face of what it calls terror threats from the seven countries.

Critics have called Trump's ban discriminatory against Muslims and have questioned its value as a security measure.

The sudden implementation of the order plunged the immigration system into chaos, sparking a wave of criticism from targeted countries, Washington's allies and some of America's leading corporations, especially technology firms, which lean heavily on talented immigrants.

US District Judge James Robart in Seattle, Washington, suspended the order nationwide after his state challenged its legality. A three-judge panel in the 9th US Circuit Court of Appeals upheld Robart's ruling last week.

During a news conference on Thursday at the White House, Trump said his new order will be tailored to the federal appeals court decision.

"The new order is going to be very much tailored to what I consider to be a very bad decision," Trump said, referring to the decision by 9th US Circuit Court of Appeals to uphold the lower court's ruling.

Tags: Muslim Trump
Short Link rasanews.ir/201nCR
Share
0
Please type in your comments in English.
The comments that contain insults or libel to individuals, ethnicities, or contradictions with the laws of the country and religious teachings will not be disclosed