Rasa - At least two dozen civilians, including children, have been killed in airstrikes and shelling by the Turkish military in Syria’s northern border city of al-Bab over the past 24 hours, a monitoring group says. 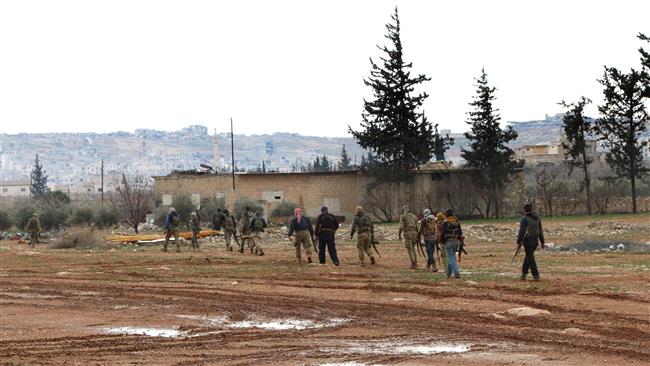 RNA - The UK-based Syrian Observatory for Human Rights reported on Thursday that 11 children had been among those killed in the latest Turkish bombardment of the city, which lies 40 kilometers northeast of Aleppo.

Turkey's army, however, claimed that it had only killed 15 "terrorists" in the operation, the state-run Anadolu news agency reported.

Over the weekend, Ankara-backed militants entered the center of al-Bab.

Turkish Prime Minister Binali Yildirim said on Tuesday that the flashpoint Syrian city of al-Bab, once the stronghold of the Daesh Takfiri terrorist group, is now mostly controlled by Ankara-backed militants.

According to the observatory, Daesh terrorists are still in control of major areas in al-Bab, even though Turkish forces and their allies have captured a string of areas in the western flank of the town. The UK-based group also says Turkish forces have made little progress since entering the city from the west.

The advance on al-Bab risks putting Turkish troops in direct conflict with Syrian government forces, which are closing in on the city from the south.

On August 24, 2016, the Turkish Air Force and special ground forces kicked off Operation Euphrates Shield inside Syria in a declared bid to rid the border area of Daesh terrorists and forces of the Kurdish People’s Protection Units (YPG) and Democratic Union Party (PYD).

The operation was not coordinated with the Syrian government, which has described it as a violation of the Arab country’s sovereignty.

The government in Ankara claims that recent terrorist attacks in Turkey, including a New Year's Day shooting in an Istanbul nightclub that killed 39 people, had been masterminded in the Daesh-held cities of al-Bab and Raqqah.

Tags: Turkey DAESH Syria Human rights
Short Link rasanews.ir/201nCQ
Share
0
Please type in your comments in English.
The comments that contain insults or libel to individuals, ethnicities, or contradictions with the laws of the country and religious teachings will not be disclosed