Rasa - Hate crimes in the United Kingdom have risen to record numbers in the three months following Britain’s referendum to exit the European Union, according to a new analysis. 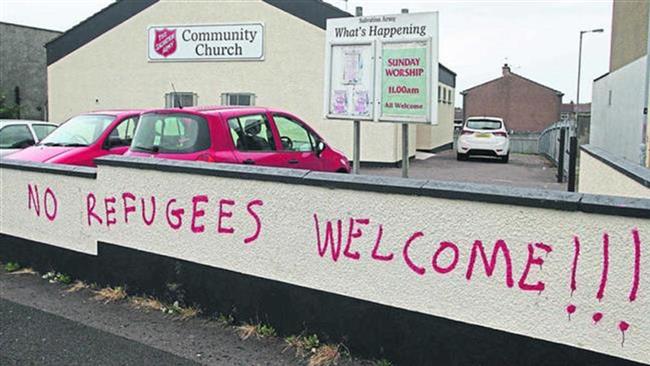 RNA - More than 14,000 hate crimes were recorded by police departments in England and Wales in the three months following the Brexit vote, an increase of 27 percent, according to data compiled by the Press Association.

The Metropolitan, Greater Manchester and West Yorkshire police departments each recorded more than 1,000 racist incidents against immigrants in the three months ending in September 2016, the analysis found.

A hate crime generally refers to a criminal act that is motivated by bias against a specific group. Hate crimes may involve physical assault, bullying, harassment, damage to property, verbal abuse or insults, offensive graffiti and hate mail.

The report prompted the Equality and Human Rights Commission in Britain to warn the country’s police departments to prepare for more hate crimes as Brexit negotiations get underway with the EU.

“The vast majority of people who voted to leave the European Union did so because they believed it was best for Britain and not because they are intolerant of others,” David Isaac, chair of the human rights commission, told the Press Association.

“It is clear, however, that a small minority of people used the Brexit vote to legitimize inexcusable racism and prejudice. We cannot allow such intolerable acts of hate to be condoned or repeated. The triggering of Article 50 is the next major milestone and we must do all we can to discourage hate attacks and to support people who feel at risk.”

The new figures support recent studies as well as anecdotal reports that have showed a spike in hate crimes across the country following the EU referendum vote.

Eastern European migrants to Britain were specially affected in the aftermath of the June 23 EU referendum.

Within days of the Brexit vote, Polish communities reported a series of hate incidents, including the distribution of pamphlets describing them as "vermin" and racist graffiti outside a cultural center in London.

Tags: UK Hate Crime Britain
Short Link rasanews.ir/201nCP
Share
0
Please type in your comments in English.
The comments that contain insults or libel to individuals, ethnicities, or contradictions with the laws of the country and religious teachings will not be disclosed