Rasa - A court in Bahrain sentenced five people to life imprisonment over alleged involvement in attacks against Al Khalifa regime forces and possession of explosives. 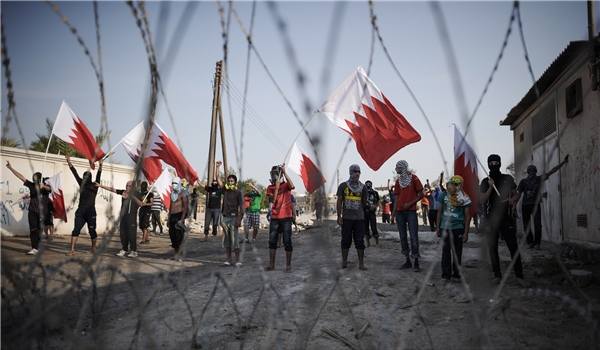 The court also ordered the defendants to pay 250 Bahraini dinars (US 663 dollars) in indemnities.

They were arrested in the aftermath of a parcel bomb explosion in the village of Ma'ameer on August 14, 2015 even though no police officer was injured in the incident.

Tags: Al Khalifah Saudi bahrain
Short Link rasanews.ir/201nCG
Share
0
Please type in your comments in English.
The comments that contain insults or libel to individuals, ethnicities, or contradictions with the laws of the country and religious teachings will not be disclosed