Rasa - Head of Iran’s diplomatic team in a fresh round of negotiations between the Syrian government and the rebel groups in the Kazakh city of Astana reaffirmed Tehran’s commitment to facilitating the process of ending the conflicts in the Arab country. 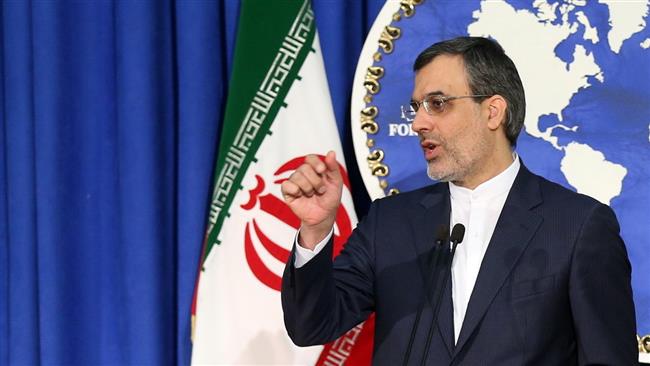 RNA - “The Islamic Republic of Iran is committed to helping put an end to the clashes (in Syria) and believes that the Astana meeting’s main mission is facilitating Syrian-Syrian negotiations for the purpose of ensuring Syria’s peace and security,” Iranian Deputy Foreign Minister for Arab and African Affairs Hossein Jaberi Ansari said at the second round of the peace talks in Kazakhstan on Thursday.

Highlighting the United Nations’ role in the peace process in Syria, the Iranian diplomat made it clear that the initiatives developed by Iran, Russia and Turkey would not replace the international community’s previous peace efforts but complement them.

Jaberi Ansari also reiterated Iran’s stances on the future of Syria, which entail respect for the Arab country’s territorial integrity, its national sovereignty, and its people’s right to decide their own fate.

“The Islamic Republic of Iran calls on all Syrian groups to join the peace negotiations with the Syrian government and take the fate of their children in their hands,” he went on to say.

The Iranian deputy minister also highlighted the achievements of Tehran-Moscow-Ankara trilateral efforts in tackling the crisis in Syria, saying the three countries have held intensive negotiations in recent weeks to finalize a plan for a joint committee overseeing the ceasefire in the Arab country.

“There has been a drop in cases of truce violation; thousands of refugees have returned to their cities, including Aleppo; and the Islamic Republic of Iran, along with the international community, has succeeded to provide more humanitarian aid for the Syrian citizens,” he explained.

Diplomatic efforts to end fighting in Syria have gained momentum in recent weeks with the announcement of a ceasefire in the Arab country in early January.

The truce, which was negotiated between Russia, Iran, Turkey, the Damascus government and the Syrian opposition, excludes terrorist groups such as Daesh and Jabhat Fateh al-Sham.

The ongoing meeting in Astana is the second time key players have brought the warring sides together, and comes ahead of a new round of UN-led talks on Syria in Geneva on February 23.

Tags: Astana Jaberi Ansari Iran Syria
Short Link rasanews.ir/201nCC
Share
0
Please type in your comments in English.
The comments that contain insults or libel to individuals, ethnicities, or contradictions with the laws of the country and religious teachings will not be disclosed