Rasa - US President Donald Trump has once again accused Iran of seeking to develop nuclear weapons, arguing that he would prevent Tehran from ever gaining nukes. 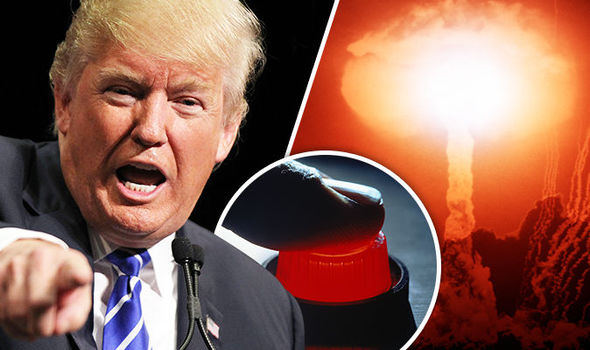 RNA - “I will do more to prevent Iran from ever developing, I mean ever, a nuclear weapon,” Trump said on Wednesday during a joint press conference with Israeli Prime Minister Benjamin Netanyahu at the White House.

He also called Iran's atomic program a threat to Israel, which is believed to possess the only nuclear arsenal in the Middle East.

“The security challenges faced by Israel are enormous, including the threat of Iran's nuclear ambitions, which I've talked a lot about,” he said.

Iran rejects the allegation that it is pursuing non-civilian objectives in its nuclear program, arguing that as a committed signatory to the nuclear Non-Proliferation Treaty (NPT) and a member of the International Atomic Energy Agency (IAEA), it has the right to use nuclear technology for peaceful purposes.

Trump also called the landmark nuclear agreement with Iran as “one of the worst deals I've ever seen,” saying that his administration has already introduced fresh sanctions against Tehran over its missile tests.

Iran and the five permanent members of the United Nations Security Council -- the United States, France, Britain, Russia and China -- plus Germany started implementing the Joint Comprehensive Plan of Action (JCPOA) on January 16, 2016.

Earlier this month, however, Trump undermined the multilateral deal by introducing a new round of sanctions against Iran following the country’s successful test-launch of a ballistic missile.

Washington argued that the test was in violation of Security Council Resolution 2331, which endorses the JCPOA.

Israel welcomed the sanctions, calling on the US and its allies to form a “united front” against Iran to ensure Israel’s security.

Netanyahu traveled to Washington on Wednesday for talks with Trump and an opportunity to improve US-Israeli ties after a frequently combative relationship with Trump’s Democratic predecessor, Barack Obama.

“With this visit the United States, again, reaffirms our unbreakable bond with our cherished ally, Israel,” Trump said.

The United States and Israel agreed in September on a record new package of at least $38 billion in US military aid over a 10 year period.

Israel is the largest cumulative recipient of US foreign assistance since World War II. America's military assistance to Israel has amounted to $124.3 billion since it began in 1962, according to a US congressional report last year.

Tags: Iran Trump
Short Link rasanews.ir/201nBt
Share
0
Please type in your comments in English.
The comments that contain insults or libel to individuals, ethnicities, or contradictions with the laws of the country and religious teachings will not be disclosed