Rasa - German authorities have launched raids into the homes of four Turkish clerics suspected of espionage for Ankara. 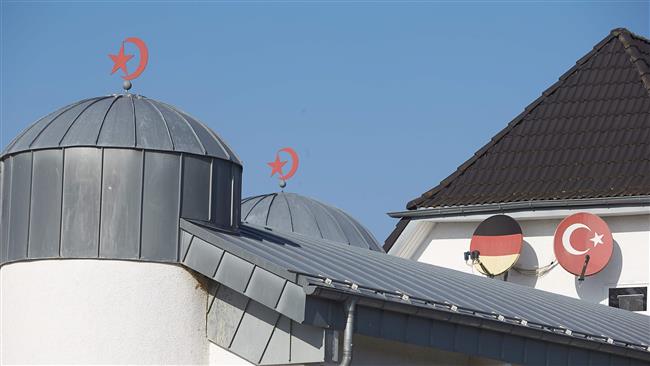 RNA - Prosecutors said police had confiscated written material and data storage devices during the raids in two western states of North Rhine-Westphalia and Rhineland-Palatinate on Wednesday.

"The aim of today's searches is to gather further evidence on the alleged activities of the accused," said Frauke Koehler, a spokeswoman for the federal prosecution service, adding that no one was arrested during the raids.

Authorities say the religious leaders are suspected of reporting to the Turkish government on a movement that Ankara blames for a coup attempt in July 2016. The clerics have reportedly worked for the Turkish Religious Affairs Directorate, known as Diyanet, and have passed on information to the body through the Turkish consulate in the western city of Cologne. The four have yet to be officially named.

Turkey has arrested more than 41,000 people on suspicion of links to Fethullah Gulen, a cleric based in the United States, who is accused of orchestrating through his network the failed coup on July 15. More than 110,000 have also been fired or suspended from their jobs on similar charges. Gulen denies the allegation.

Local German media said the four clerics targeted in the Wednesday raids belonged to a Turkish organization controlling mosques or religious communities in Germany. The organization, known as Ditib, is believed to have huge influence in Germany. German Justice Minister Heiko Maas has urged the organization to immediately move to clear up accusations against it.

The failed coup last year sparked unprecedented tensions between Ankara and Berlin, with German officials repeatedly accusing the government of Turkish President Recep Tayyip Erdogan of acting beyond the rule of law in its crackdown on suspects. Turkey has also accused Germany of not doing enough to condemn the coup attempt, which killed more than 200.

The two countries have also clashed over other issues, including Germany's alleged support for Kurdish militants and their followers. Berlin is also becoming irritated by Ankara’s campaigning for Turkish votes in Germany, a country that is home to some three million people of Turkish origin, which constitutes the biggest population of Turks in the world outside Turkey. Germany says Turkey is actively promoting support of Turks for an April 16 referendum that would expand Erdogan's powers.

Tags: Turkey germany
Short Link rasanews.ir/201nBs
Share
0
Please type in your comments in English.
The comments that contain insults or libel to individuals, ethnicities, or contradictions with the laws of the country and religious teachings will not be disclosed