Rasa - Syrian Army troops ambushed a truck of Al-Nusra Front (recently renamed to Fatah al-Sham Front) as it was transferring a large cache of weapons from Northern Hama to the Eastern territories of the same province. 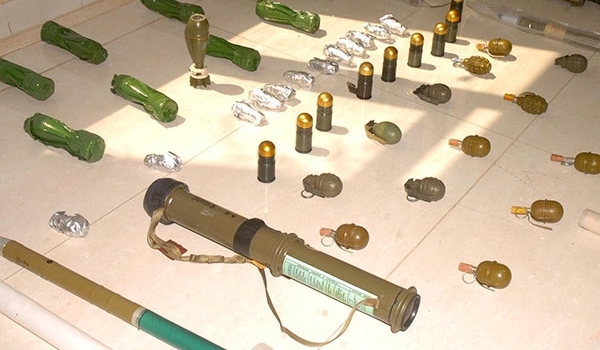 It is still not clear why Al-Nusra transport was heading towards the ISIL front-lines; however, it is assumed that they were likely going to sell the weapons to the terrorist group.

Also, the army troops and aircraft targeted the movements and gatherings of ISIL and Al-Nusra Front in Eastern and Northern Hama on Monday, inflicting major losses on the terrorists.

The warplanes pounded terrorists' movements North of the town of Souran in Northern Hama, killing over 10 militants and destroying two vehicles.

In the meantime, the army soldiers engaged in fierce clashes with terrorists in Syriatel checkin North of Souran, killing and wounding a number of them.

Meanwhile, the army soldiers stormed ISIL's positions along the oil pipeline Southeast of the village of Aqarib, killing a large number of them and destroying several military vehicles.

Tags: Hama Nusra Syria
Short Link rasanews.ir/201nBb
Share
0
Please type in your comments in English.
The comments that contain insults or libel to individuals, ethnicities, or contradictions with the laws of the country and religious teachings will not be disclosed