Rasa - Iranian President Hassan Rouhani says his talks in Oman and Kuwait will focus, among other issues, on a message recently relayed to Tehran by Kuwait City on relations between the Islamic Republic and the Persian Gulf Arab countries. 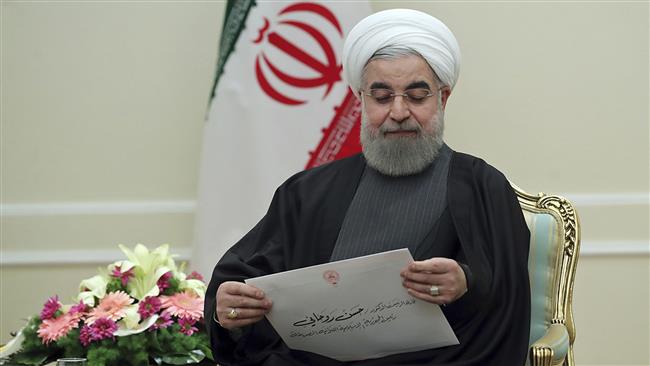 RNA - Ahead of his departure for the Omani capital, Muscat, on Wednesday, Rouhani said Iran welcomed the message, in which the six littoral states of the Persian Gulf had expressed their willingness for the resolution of misunderstandings and promotion of ties through dialogue.

The visit was the first one to take place by a senior official from the region since early 2016, when ties between Iran and several Arab monarchies started to suffer amid the confrontational approach taken by the new Saudi rulers vis-à-vis the Islamic Republic.

Rouhani further touched on his trip to Oman and Kuwait, saying he is set to discuss the message with officials of the two nations, which are members of the [Persian] Gulf Cooperation Council (GCC).

The situation in Iraq, Syria and Yemen is also on the agenda of the talks in Oman and Kuwait, said the Iranian president, adding the Persian Gulf Arab states can play a significant role in helping end the bloodshed in the three states, particularly Yemen.

“The Islamic Republic of Iran’s policy is based on good-neighborly relations and security of the Persian Gulf. Iran has never been after invasion, neither [has it sought] intervention in the internal affairs of [another] country or imposition of its religious and political beliefs,” he said.

Rouhani reiterated Iran’s position that the security of Persian Gulf should be protected by the regional countries without the “detrimental” presence of outsiders.

He called for a stronger unity among Muslim nations and the elimination of “the gap fabricated by the big powers between Shia and Sunni [Islam]," adding Shias and Sunnis have peacefully coexisted for centuries.

Ties between Iran and the Persian Gulf states deteriorated in January 2016, when Riyadh cut off ties with Tehran following angry protests in front of its diplomatic premises in the Islamic Republic against the execution of a top Saudi Shia cleric.

Tehran-Riyadh relations had already been strained due to a deadly human crush during the Hajj rituals in Mina, near Mecca, in September 2015. About 465 Iranian pilgrims lost their lives in the incident, which Iran blamed on Riyadh’s incompetence to run the Hajj.

Bahrain followed the Saudi lead and cut off ties with Iran, while Qatar recalled its ambassador to Tehran and the United Arab Emirates announced a partial downgrade in diplomatic relations with the Islamic Republic. Oman, however, criticized Riyadh’s move as unwise and incorrect.

Iran has already voiced readiness to cooperate with the countries in the region, including Saudi Arabia, to ward off the challenges gripping the Middle East.

In late January, Iranian Foreign Minister Mohammad Javad Zarif told the World Economic Forum in Davos, Switzerland, that Tehran and Riyadh could work together to help end regional conflicts provided that Saudi Arabia saw the realities on the ground before relations between the two sides could go back to normal.

Tags: Persian Gulf Hassan Rouhani
Short Link rasanews.ir/201nBS
Share
0
Please type in your comments in English.
The comments that contain insults or libel to individuals, ethnicities, or contradictions with the laws of the country and religious teachings will not be disclosed