Rasa - The representative of prominent Bahraini cleric Sheikh Isa Ahmed Qassim in Iran slammed the Manama regime for its continued heavy-handed crackdown on peaceful protests and said the Al Khalifa plans to boost the military’s role in the country’s affairs by changing the constitution. 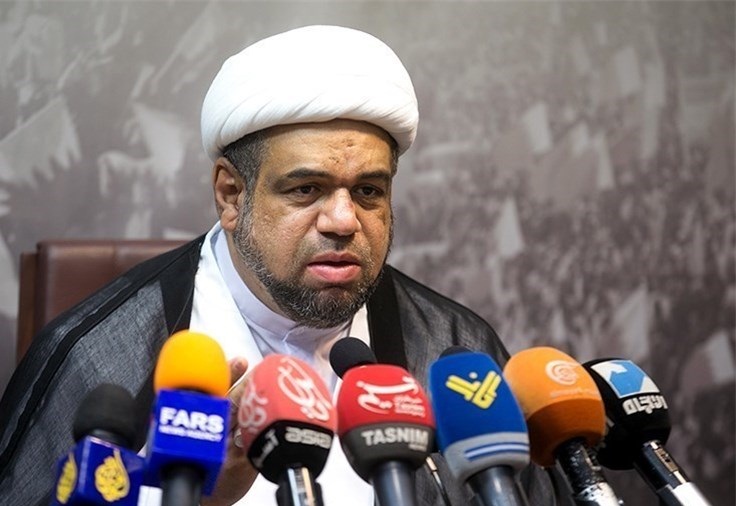 RNA - “The Al Khalifa regime is seeking to crack down on the Bahraini movement and put an end to it,” Sheikh Abdullah al-Daqqaq said in an interview with the Tasnim News Agency on the occasion of the anniversary of Bahrain’s February 14 Revolution.

“Therefore, this regime has created (new) military institutions…,” the cleric said, adding that the regime wants to change the Bahraini constitution and strengthen the role of the military.

However, such measures by the regime would only intensify the revolutionary fervor of the nation, Daqqaq said.

The remarks came as Bahraini security forces attacked peaceful protests held across the Persian Gulf country on Tuesday on the anniversary of the popular uprising in the kingdom.

During the nationwide demonstrations, the Al Khalifa regime’s security forces fired tear gas to disperse and suppress the people participating in the rallies held to mark the sixth anniversary of the February 14 Revolution.

The uprising in Bahrain began on February 14, 2011. Protesters initially called for political reforms and a constitutional monarchy. However, the demand later changed to an outright call for the ouster of the Al Khalifa family following its brutal crackdown on popular protests.

International human rights organizations have repeatedly criticized the Manama regime for its excessive use of force against peaceful protesters.

Troops from Saudi Arabia have been also deployed to Bahrain to assist in its crackdown on the peaceful protesters.

Tags: Sheikh Abdullah al-Daqqaq Al Khalifa bahrain
Short Link rasanews.ir/201nBI
Share
0
Please type in your comments in English.
The comments that contain insults or libel to individuals, ethnicities, or contradictions with the laws of the country and religious teachings will not be disclosed