Rasa - Kazakhstan’s Foreign Minister Kairat Abdrakhmanov told reporters on Tuesday that participants in the next Astana meeting on Syria will discuss ceasefire monitoring and sanctions for ceasefire violations. 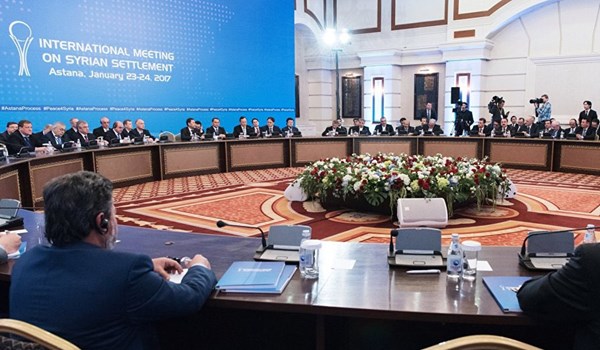 RNA - "In particular, a mechanism for recording ceasefire violations as well as sanctions against those who violate the ceasefire will be discussed," Abdrakhmanov said, TASS reported.

On February 6, Kazakhstan’s capital of Astana hosted the first meeting of the joint operational group for monitoring the Syrian ceasefire established by Russia, Turkey and Iran. Representatives of the United Nations and Jordan also took part in the meeting.

The group was set up following the Astana international meeting on settling the Syrian crisis held on January 23-24. The next meeting of the joint group is scheduled for February 15-16.

Tags: Astana Syria Russia
Short Link rasanews.ir/201nBE
Share
0
Please type in your comments in English.
The comments that contain insults or libel to individuals, ethnicities, or contradictions with the laws of the country and religious teachings will not be disclosed