Rasa - The Iranian security forces have killed 17 terrorists in the Southeastern province of Sistan and Balouchestan in the past 11 months, a police commander announced on Wednesday. 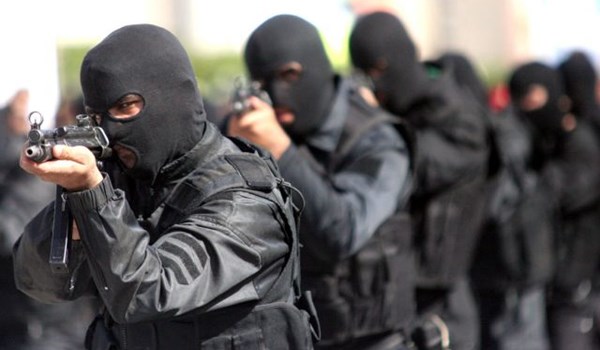 He also underlined that full security prevails over different bordering areas of the country.

He underscored the police and border guard forces' preparedness to confront any move by the terrorist groups.

His remarks came after reports said in September that the Islamic Revolution Guards Corps (IRGC) and intelligence forces had captured two terrorists of Pakistani origin in the Southeastern parts of the country with two ready-to-explode bombs.

The two terrorists were arrested in Kalegan district of Saravan town in Sistan and Balouchestan province in a surprise attack by the Iranian security forces.

After their arrest, it was revealed that they are of Pakistani origin and members of an outlawed terrorist group who sought to enter Iran to carry out sabotage acts and create fear and panic among people.

After searching their hideout, two pressure bombs which can be triggered by depression of brakes or accelerator pedals were seized which were due to be planted in cars to explode in crowded areas, along with other weapons and ammunition.

Also in September, the IRGC had also dismantled a team of 9 terrorists "sent by Saudi Arabia to foment insecurity inside the country".

The IRGC killed four of the terrorists, including their commander, and injured two others in the city of Saravan.

Official statements said the terrorist team which intended to carryout "sabotage acts inside Iran was disbanded by the IRGC in the Kouhak border region of Saravan city".

Tags: IRGC Iran Terrorist
Short Link rasanews.ir/201nBD
Share
0
Please type in your comments in English.
The comments that contain insults or libel to individuals, ethnicities, or contradictions with the laws of the country and religious teachings will not be disclosed