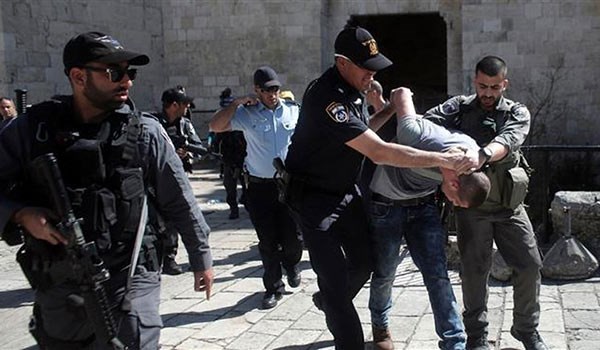 RNA - Israeli forces detained a 14-year-old Palestinian minor and his 13-year-old brother after storming their family home during a raid into Aida refugee camp, north of Bethlehem, WAFA reported.

They also ransacked a number of homes and detained two Palestinians during separate raids across Hebron (al-Khalil) district in the Southern West Bank.

Meanwhile, police handcuffed and detained a former prisoner after storming his home in Jerusalem.

Tags: Palestinian Israel
Short Link rasanews.ir/201nBB
Share
0
Please type in your comments in English.
The comments that contain insults or libel to individuals, ethnicities, or contradictions with the laws of the country and religious teachings will not be disclosed